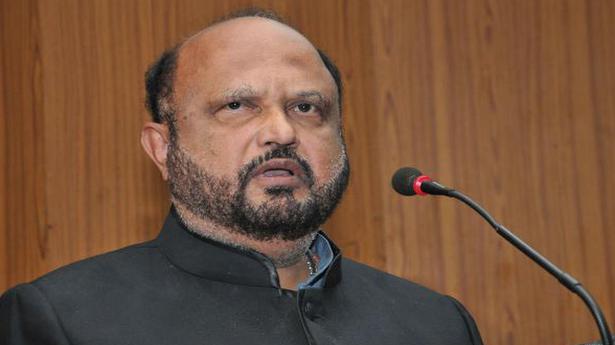 
Former Chief Minister of Assam, Prafulla Kumar Mahanta, was airlifted to the AIIMS-Delhi on Thursday after he complained of uneasiness, according to his close aide Dhruba Sarma.

Mr. Mahanta is suffering from gastritis and high pressure but is now stable, said Mr. Sarma.

A regular check-up would be done and his family members were with him, he said.

Mr. Mahanta, 68, was admitted to a private hospital in Guwahati in January after he had complained of chest pain and high blood pressure.

He was also rushed to a hospital in September.

The former student leader, who steered the six-year-long Assam agitation against illegal migrants, is currently an MLA from Baharampur, which he has won for five consecutive terms since 1991.

Mr. Mahanta led the Asom Gana Parishad (AGP) to power twice in 1985 and 1996 with his first government dismissed and President’s Rule imposed in the State but he completed his second term and lost to the Congress in 2001.

He was the president of the All Assam Students’ Union (AASU) that spearheaded the Assam movement against illegal foreigners in the State, leading to the signing of the historic Assam Accord, of which he was a signatory.

He along with the then AASU leaders went on to form the AGP, which wrested power in the State, making Mr. Mahanta the country’s youngest Chief Minister at 33. IOCL South gets a new director