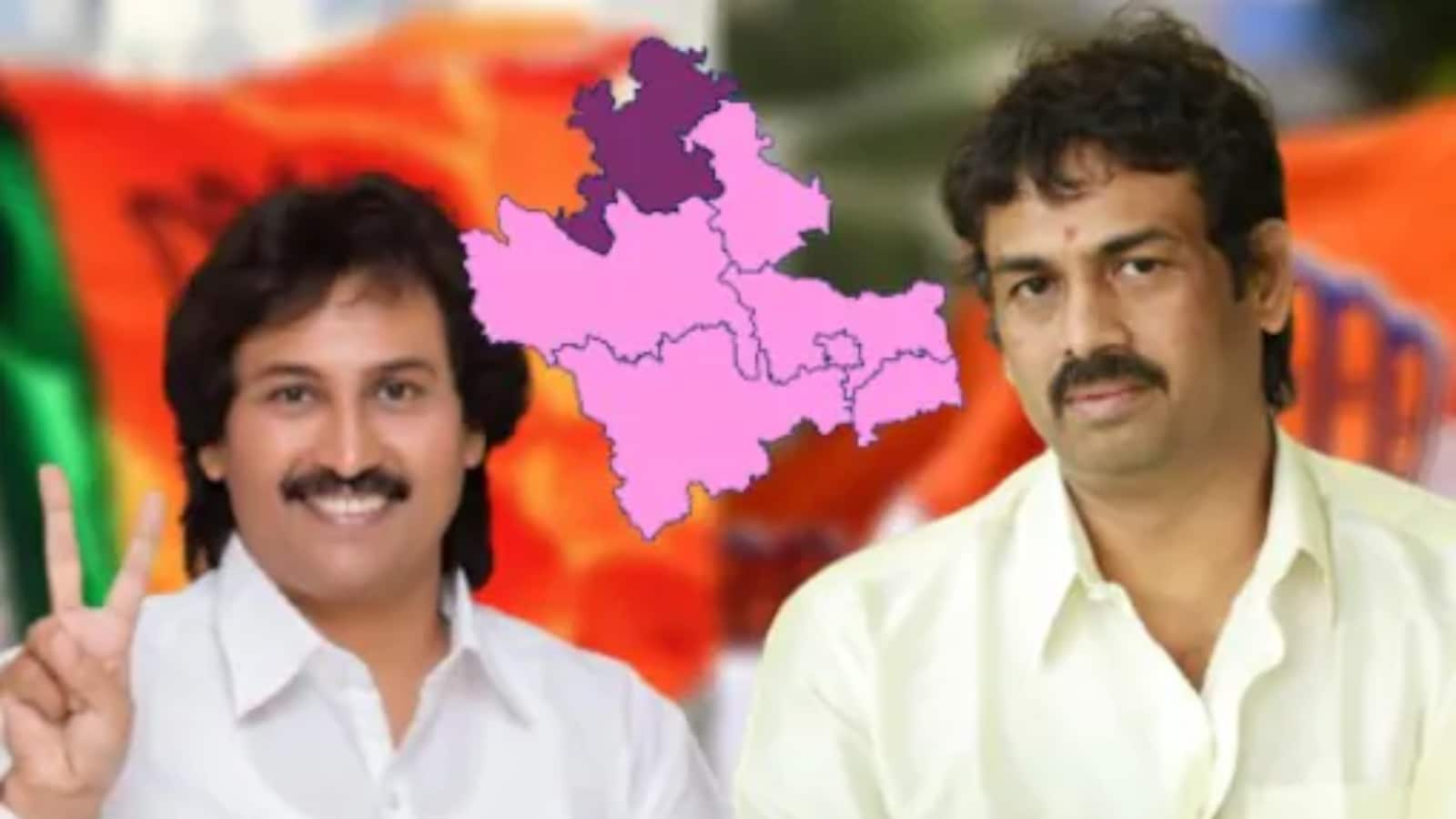 Madhu Bangarappa and Kumar Bangarappa have faced each other four times in total in the Sorab Assembly constituency.

Ahead of the Karnataka Assembly elections 2023, the Sorab Assembly constituency has become a centre of headlines already. It is one of the 224 Legislative Assembly constituencies of Karnataka and is a part of the Shimoga district. Often called the home constituency of Karnataka’s former chief minister Sarekoppa Bangarappa, who was its MLA from 1967-1994, Sorab will catch the eyes of pollsters this year for a strange reason. Sarekoppa’s two sons Madhu and Kumar Bangarappa will most likely face each other and contest for this seat, yet again.

Kumar is currently a BJP MLA from Sorab. He won the seat by defeating his brother Madhu by a huge margin of 13,500 votes by getting 72,000 votes in the 2018 state Assembly elections. In 1999, Kumar, who had contested as a Congress candidate with the support of his father, secured 38,773 votes and entered the Legislative Assembly for the first time.

Madhu Bangarappa, on the other hand, joined the Indian National Congress in July 2021. Earlier, he was a Janata Dal (Secular) party member and was elected as an MLA from the Sorab in 2013.

Earlier, in the 2008 Assembly elections both the brothers faced defeat. Harthalu Halappar, who had contested as a BJP candidate, was elected by getting 53,552 votes. But Congress candidate Kumar got 32,499 votes and JD(s) candidate Madhu got 31,135 votes.