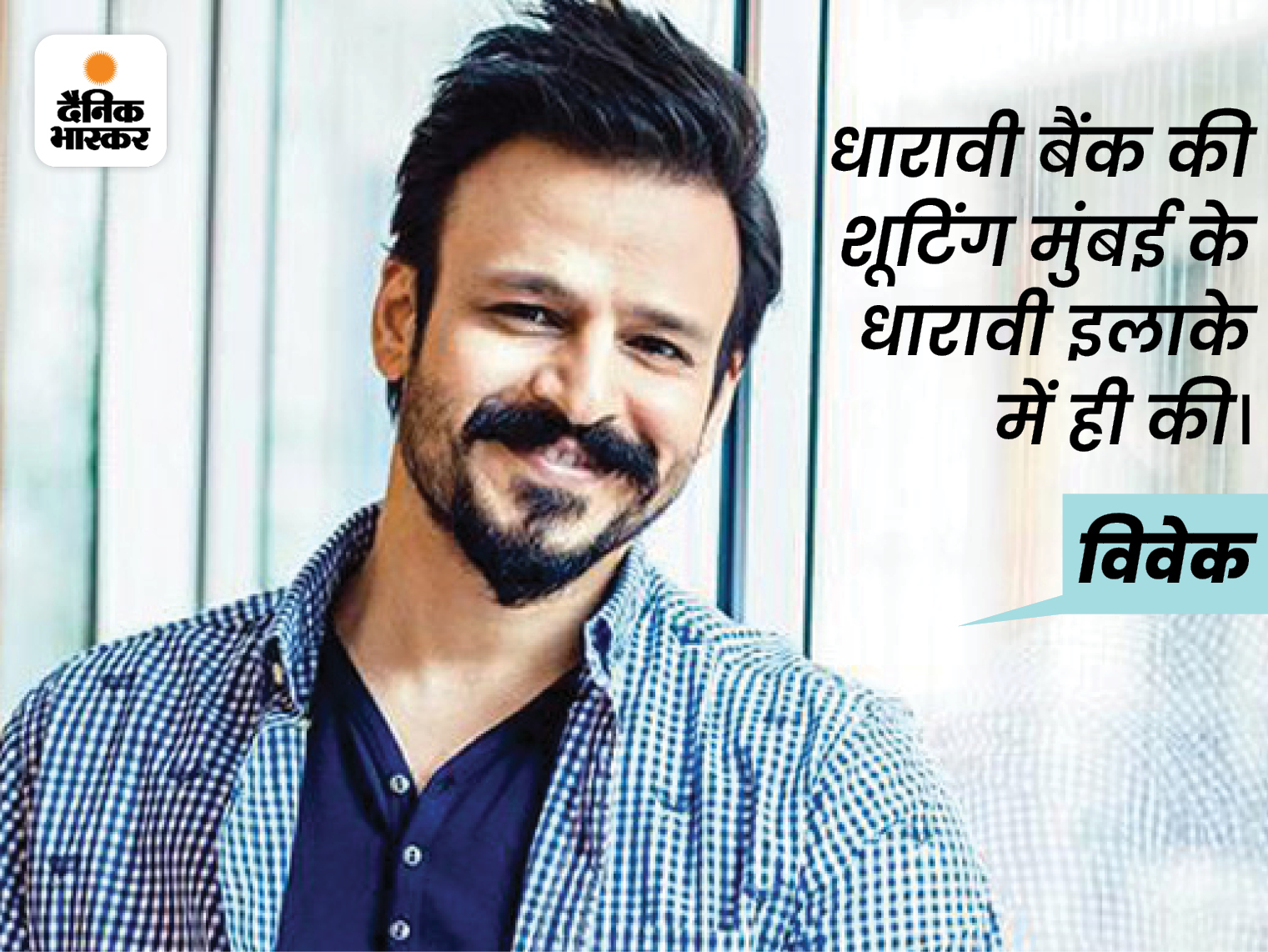 Bollywood actors Vivek Oberoi, Sunil Shetty, Sonali Kulkarni, Luke Kenny, Freddy Daruwala, Shanti Priya starrer web series ‘Dharavi Bank’ is streaming on OTT platform. Vivek is playing the role of a police officer in this. Recently Vivek had a special conversation with Dainik Bhaskar and told about his character in the series. Let’s see the main parts of the conversation: –

Tell us about your character Jayant Gavaskar? What is the specialty of this police officer?

Jayant Gavaskar is a niche type of police officer. His specialty is that he is very truthful, loyal to his work. But the way they work is very unique. They understand that if they have to do anything to get justice, they will do it. Then whether he has to break the rules or go to any extent, he can go. He is not a police officer for sale. To get justice, he can even give his life and can even take someone’s life. The other thing about them is that they lurk like a tiger and wait for a long time to catch their prey. Although he is very passionate, he does not do any work without thinking.

Which policeman did he play this vicious character keeping in mind?

For this character, I spent almost a month and a half with director Samit Kakkar and the writer. Physically, I did a lot of preparation on it so that I could play the role of a real police officer. I put on 10 kgs to fit into this role. Secondly, to understand the mindset of the character, I write an autobiography of 15-20 pages. I have been doing this since the beginning of my career. This helps to understand the DNA of the character. How does he think and how does he act? That’s why I wrote an autobiography of about 20 pages for the character of Jayant Gavaskar. For this, after doing a lot of research about all the top officers, what happened in their lives? It was a process of 45 days, after which this character was created. That’s how I worked hard on the character.

In how many days to increase the weight of 10 kg? What did you do to gain weight?

It took me 4 months to gain 10 kilos. For this the dosage had to be increased. Usually I eat 2 times a day, but at that time I used to eat 6 to 7 times to gain weight. Along with this, the gym was also kept lightly maintained so that it looks a bit strong and at the same time real. To increase my weight, I used to eat pulses, bread, vegetables etc. and used to eat more. It was not that much difficult to gain weight, but after the shooting was over, I missed my grandmother in losing weight. Since eating became a rule, the body got used to it. It took time to change the habit of the body.

According to you, do you think this cop will set a different benchmark in the world of OTT? What would you say?

Look, we never had any expectation that such a result would come. We never worried and expected the fruit. With truth and loyalty in life, I have tried to put my soul in every character. It is up to the rest of the audience to watch and like it. We’re making cool stuff. Mother Saraswati will be pleased, then good result will come. I hope that people will give me a lot of love in the character of Jayant Gavaskar.

Well, what are the things about Jayant Gavaskar character that you will always remember?

I have always been a fan of Sachin Tendulkar. People used to criticize him a lot. He also used to condemn those who cannot hold the cricket bat properly. But he used to exaggerate that Sachin should play like that, not like this. Whether he is a big critic of sports, a sports reporter or a panwadi of the street. But Sachin did not answer anyone’s words. He used to give his answer directly on the cricket field by scoring a century. Something similar is the character of Jayant Gavaskar. He will do whatever he wants to do. He is not interested in other things. Whether CM is saying something. It doesn’t matter what his people are saying to him. Whatever is his aim, whatever is his mission, he fulfills it with complete dedication and takes his breath away.

Which things surprised you by doing this series?

There are many special things there, which will also be seen in the series. I will not spoil the fun by telling him here. My personal experience after going to Dharavi was that neither cars nor vanity vans ply there. What is there is what it is. There we have to shoot at real places, then we have to go through the narrow streets of Dharavi. I used to come and go by motorcycle. I was shocked to see that there is so much filth outside, there are garbage, open drains, but people’s houses are very neat, clean, which looks very lovely. The people there are also very lovely. It used to be very hot during the shooting, then people used to invite him to their house and make him sit under the fan. Used to talk a lot while sitting on the floor taking sips of tea with him. There was an old mother who used to work as a potter. She used to make lamps. He gave a lot of love. On my way back, I went to meet him. I said that I am leaving today, then he held a bag in my hand, in which there were lovely lamps. While giving this, she said – Diwali is coming son! Planting it in your home. Seeing this, I put my hand in my purse and tried to give her money, then she got angry and started saying that you speak mother and I speak son. Will you give money to Mai? This is my gift to you on Diwali. Well, this is our India. Even today, the culture of India remains.

Where was it shot?

Some of it was shot on Dharavi and some on the sets. But mostly shot on live location only. The entire series has been set in the real streets of Mumbai and Mumbai. Very little was shot inside the sets. Where a lot of vandalism had to be done, explosions were to be shown, but the scenes were done with safety on the set so that people were not harmed.

Sunil Shetty is debuting on the OTT platform for the first time. How was the experience of working with him?

There are so many lovely stories with Anna. We have a very old friendship. He met Anna for the first time when he was shooting for ‘Gopi Kishan’ with his father. Prior to ‘Dharavi Bank’, worked with Sunil Shetty in ‘Shoot Out at Lokhandwala’. There the case was quite the opposite. Anna was in police uniform and I was dressed as a gangster.

After the accident, Rambha gave the daughter’s health update: Said – My daughter Sasha is fine ..we are all back home

Anupam Kher shared the video of the reunion party: From dancing to posing for photos, these legendary celebs including Jackie Shroff 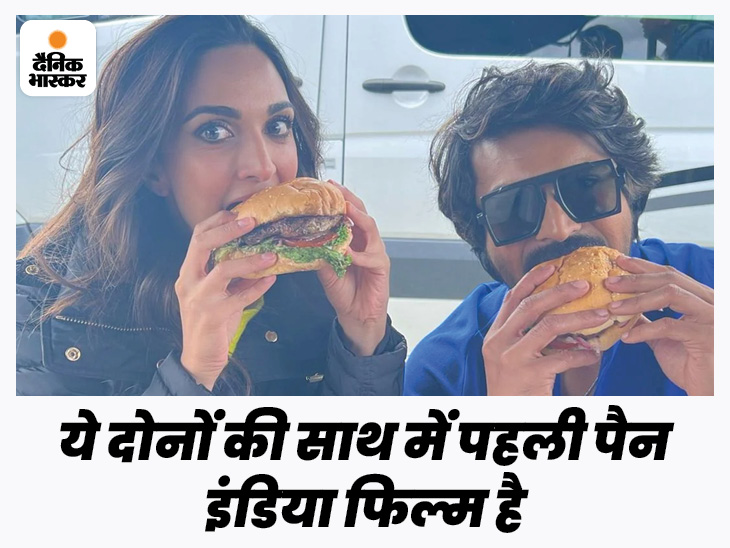 Kiara Advani parties with Ram Charan: Enjoys food on the sets of RC 15