Terming the exit of the Jose K. Mani faction from the United Democratic Front (UDF) as unfortunate, Congress leader K. Muraleedharan, MP, has said that two groups of Kerala Congress (M) should have compromised on the issue of district panchayat seat.

He told mediapersons here on Friday that the decision taken by Mr. Mani to align with the Left Democratic Front (LDF) would be disastrous for his faction in the long run. The CPI(M)-led LDF would play any dirty game to remain in power. People have not forgotten how when in the opposition benches its leaders behaved when former Finance minister K.M. Mani presented his budget in 2015, Mr. Muraleedharan said.

However, Mr. Muraleedharan maintained that the self-confidence of workers would be affected if more partners left the Congress-led coalition. There was a communication gap among the constituents in sorting out issues, he said.

Mr. Muraleedharan said the UDF had remained united and strong with leaders such as K.M. Mani, M.P. Veerendrakumar and R. Balakrishma Pillai. Now some of their inheritors were with the LDF, he said.

No party left the coalition when Congress leader K. Karunakaran was at the helm of affairs. Then all the splintered factions of the Kerala Congress were with the UDF, he said. 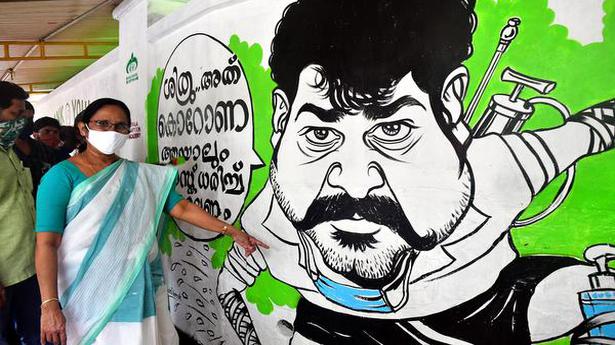 Death rate in Kerala may go up after September 21, says K. K. Shylaja

I am proud of my father’s films, says Saranya Ponvannan