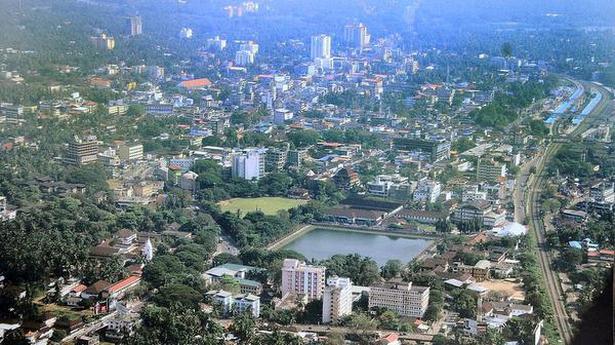 Many projects such as the Light Metro, Mananchira-Vellimadukunnu corridor have all hit roadblocks

Newly elected legislators of Kozhikode North and Kozhikode South Constituencies have high expectations to implement big ticket projects such as the Light Metro for the development of city.

For various reasons, the ₹2,775 crore Light Metro proposed for the city has not been dealt with or considered seriously for more than five years. One of reason for it is that the State government failed to secure the mandatory clearance from the Centre’s Public Investment Board.

Now a fresh initiative such as the Metro-Neo is in the offing. Two-time Mayor Thottathil Raveendran, who won from Kozhikode North, has already taken steps to look into the feasibility of the project.

City planners believe that the project could be implemented with the alignment conceived for the Light Metro. The proposal is to construct an elevated track covering a distance of 13.33 km from Meenchanda to Kozhikode Medical College in both the Assembly segments of Kozhikode North and Kozhikode South.

However, the land for the required project is 10.05 hectares which include 1.5 hectares in private possession. The metro will have 14 stations at Medical College, Chevayur, Thondayad, Kottooli, New Bus Stand, KSRTC station, Mananchira, Palayam, Railway Station, Pushpa Junction, Kallayi, Panniyankara, Vattakinnar, and Meenchanda.

Another major one is the implementation of the Mananchira-Vellimadukunnu road widening project. In January, the State government had sanctioned ₹134.5 crore for the project in the city. The Kerala Road Fund Board will implement the project.

The legislators should urge the government to start the process of acquiring the required land for the project under the Land Acquisition Act. Only then, tenders for widening the narrow road to a four- lane carriageway could be started.

The Mananchira-Vellimadukunnu corridor was one of the seven projects included in the first phase of the Kozhikode City Road Improvement Project. However land acquisition was not completed till now. Now the government has also accorded sanction for the purchase of land.

Another project is the proposed multi-model transportation hub (Calicut Mobility Hub) on the Kozhikode bypass and a flyover at Eranhipalam. Hopefully, the Centre would contribute 40% of the total cost of the bus port project offered to the State. These projects are expected to solve the traffic problems in the city.

The project would come up on an identified 20-acre area and it would be implemented under the Public Private Participation (PPP) model, city planners said.

This apart, another project of interest for citizens of Kozhikode is the alternative road linking Kozhikode to Wayanad. The ₹658-crore two-lane tunnel road project is aimed at decongesting the existing Thamarassery Ghat road.

The ambitious proposal is to construct a 6.8-km tunnel on the Anakkampoyil-Kalladi-Meppadi route. However, the project will have to go through various phases, including securing the clearance from the Ministry of Environment, Forest and Climate Change.

The project would benefit thousands of people as the distance from Kozhikode to Wayanad will be reduced to 54 km from the existing 85 km.