A number of nutritionists, doctors and activists have written a letter to Chief Minister B.S. Yediyurappa to restart the Ksheera Bhagya programme for government and aided school students. According to them, there has been a “total shutdown” of milk and milk powder since June 2020.

In the letter, the signatories have written, “The reluctance of the Government of Karnataka to provide milk/milk powder to children under the Ksheera Bhagya scheme is particularly unjustified when Karnataka Milk Federation has been reporting surplus milk procurement for which it is unable to find a market.”

According to documents sourced by The Hindu, the Finance Department has said that in view of providing sufficient ration to all families in the State through the Public Distribution System and Pradhan Mantri Garib Kalyan Yojana, it is advised not to implement the Ksheera Bhagya scheme. 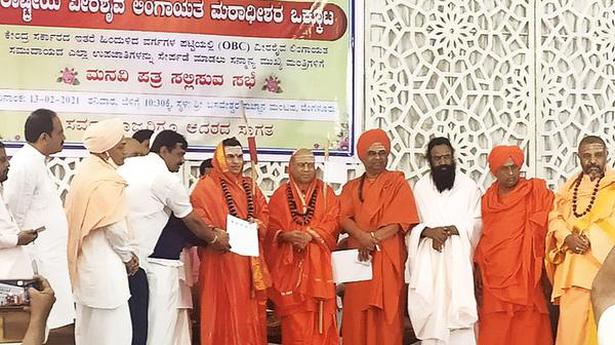 Panchamasali seer is in the clutches of some leaders, say Ministers