United States President-elect, Joseph Biden has committed to getting his country back into the 2015 Paris Climate Change Treaty, which commits countries to prevent a 2C rise in global temperature by the end of the century.

Also Read | Paris Accord: A race against the clock to keep the planet cool

However, experts in India say the U.S. ought to be doing more.

“While he (President Donald Trump) turned against our allies, I’ll bring us back into the Paris Agreement. I will put us back in the business of leading the world on climate change and I will challenge every other country to up the ante on climate commitments,” Mr. Biden had said during his campaign in September.

The United States formally left the Treaty on November 2 after a four-year withdrawal period.

The U.S. — the world’s largest emitter of greenhouse gases — is exceptional in not committing to a deadline.

“It’s clear that Biden won in part because of climate voters. He got significant donations from the climate community and young people turned out in unprecedented numbers to vote for him. He has a strong mandate to govern on this issue, and given how much the campaign focused on climate, I know he will prioritise it,” Leah Stokes, Assistant Professor, University of California, Santa Barbara, said in a statement.

India has consistently maintained that it was doing more than its fair share towards achieving Paris targets and other developed countries ought to be stepping up.

“We are asking world leaders to comply with the Paris Agreement. Our Prime Minister is passionate about climate change. India’s emission share in the world is only 6%. India is taking care of nature and doing well. We have increased our tree cover, converted vehicles to BS-VI standards, reduced our emissions, prepared land restoration plan besides other actions,” Minister of Environment and Forests Prakash Javadekar said last week.

“India should urge the Biden administration to adopt climate change goals that place it on a path to a less than 2°C warming target. At present, India is the only G-20 country whose Paris pledges for 2030 place it on a 2°C pathway,” said Ajay Mathur, Director-General of The Energy Resources Institute, who has previously been part of negotiations in international climate talks.

“The price of round-the-clock renewable electricity (from solar + batteries) will be competitive with the price of electricity from coal in about 2 years. The U.S. needs to quickly catch up and demonstrate its climate leadership through action, and not just through words,” Mr. Mathur added.

Among Mr. Biden’s commitments is to eliminate carbon emissions from the electric sector by 2035 and spend $2 trillion on clean energy investments. However, the lack of a clear majority in the U.S. Senate and House would mean that he wouldn’t always get bipartisan Congressional support necessarily see smooth sailing in passing legislation.

Woman set on fire for dowry; police search for husband 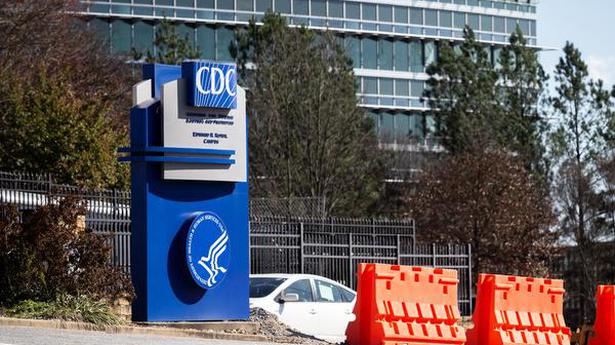