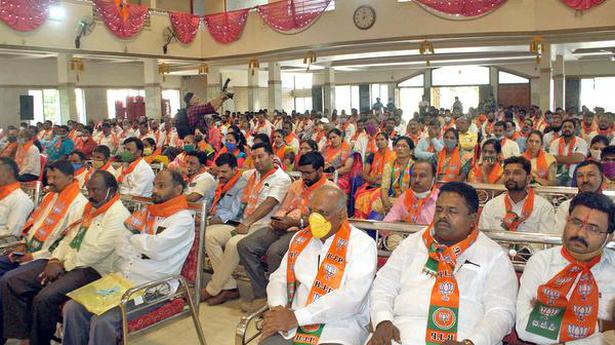 With the State Election Commission announcing the gram panchayat polls despite the State’s COVID-19 Technical Advisory Committee (TAC) recommending postponement till February-end, experts are now worried about “door-to-door delivery” of the virus.

With a second wave expected in January-February (three to four months after the first spike), there is already a fear that the winter season, weak enforcements, population movement, and large gatherings can trigger an early spike. Now, with the polls that involve very intense campaigning where candidates and workers visit each and every home multiple times to seek votes, the State’s efforts in achieving a decline in the caseload should not be lost, experts said.

Asserting that it’s not the right time to conduct the polls, C.N. Manjunath, nodal officer for labs and testing in the State’s COVID-19 task force, said: “There is a possibility of the virus spreading door to door if any of the campaigners is infected. Experts can only advise and it is up to the authorities to consider it.”

He said the only way forward now is to ensure that all COVID-19 precautions are followed diligently. “All campaigners should compulsorily wear masks while canvassing. The State Election Commission should take care to avoid crowding at polling booths. This can be done by setting up more booths in every panchayat,” he said.

“A week after the polls, there should be aggressive random testing of all involved in the elections so that cases can be identified, isolated, and treated early,” he said.

Sudarshan Ballal, chairman of Manipal Hospitals, who is also part of the State’s COVID-19 expert committee, said authorities should ensure that the polls do not lead to another surge. “We cannot afford another surge now, especially when we are seeing a decline in cases. We have to be extra careful till a vaccination is possible,” he said.

“Usually during campaigning, all precautions go for a toss. Our fear is the large gatherings where people do not follow social distancing and mask wearing. People should understand that health is most important and follow all precautions and the election authorities should strictly enforce this,” Dr. Ballal added.

A senior member of TAC, who did not want to be quoted, said it was unfortunate that the committee’s recommendation had not been considered by the State Election Commission. “Our worry is that the polls may act as a spark for the second wave, especially in districts where our seroprevalence survey showed low prevalence,” he said.

Admitting that TAC had recommended postponement of the polls, Health and Medical Education Minister K. Sudhakar said the government will take necessary precautions to ensure that infection does not spread owing to the polls. “I also appeal to all political parties, candidates, and workers to follow precautions and cooperate with the government in containing the spread of the virus,” he added.

Meanwhile, Health Commissioner Pankaj Kumar Pandey has written to State Election Commission regarding revised Standard Operating Procedures to be followed to avoid spread of COVID-19 during the conduct of the elections. 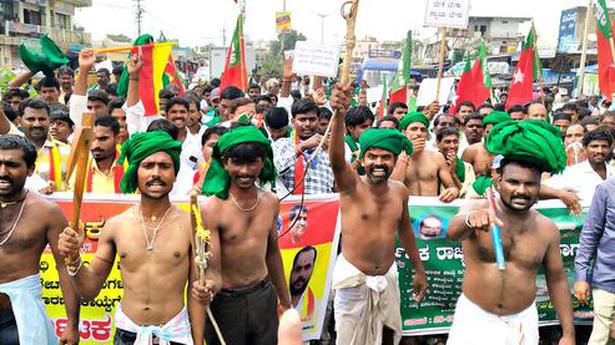 ‘People of Sira want to bring back focus on development agenda’