‘Cong. had been complaining for years’

Prime Minister Narendra Modi must explain the reason behind the sudden removal of Lt. Governor Kiran Bedi when the Congress had been complaining against her for the past four-and-a-half years without any action being taken, said Tamil Nadu Congress Committee president K.S. Alagiri.

“Kiran Bedi had said she would send Narayanasami [Chief Minister] out of the Cabinet and form the government. But today she has been sent out. We don’t know what is going to happen to Tamilisai [the new Lt. Governor]. This is an anti-democratic act,” he said. Mr. Alagiri wondered what issue against Ms. Bedi had been found now.

“When we were complaining for the past four-and-a-half years that she was working against a democratically elected government, there was no action. But now the PM has removed her. What is the reason?”

He said if the Prime Minister had taken action against Ms. Bedi years ago, they would have welcomed it. The Union Home Ministry must explain to the people the reason for the sudden removal, he said. 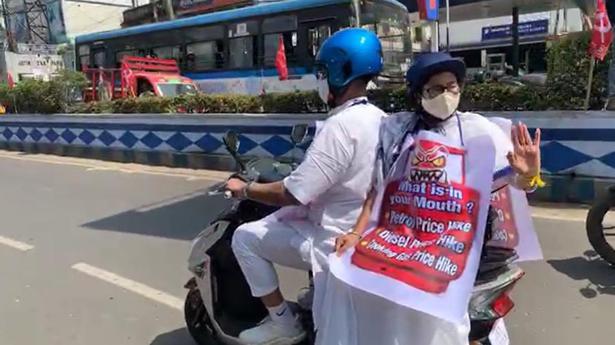