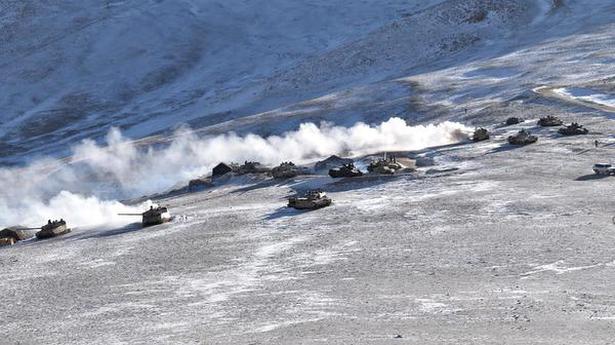 Once complete disengagement is achieved at all friction areas, both sides will undertake de-escalation along the LAC

Starting in April 2020, China amassed a large number of troops and armaments along the disputed Line of Actual Control (LAC) in eastern Ladakh and other areas along the 3,488 km LAC, leading to stand-offs and skirmishes at Galwan Valley, Pangong Tso (lake), Gogra-Hot Springs and other areas. The People’s Liberation Army (PLA) moved into Indian territory and built fortified structures and defences, changing the status quo on the ground. While there are differences in perception on the alignment of the LAC, over the years both sides concluded a series of agreements to maintain peace and tranquillity on the border, while talks continued to resolve the dispute.

At Pangong Tso, PLA troops moved up to Finger 4 from Finger 8, and then a major clash occurred on the night of May 5, which resulted in injuries to over 70 Indian soldiers. On the north bank, India’s perception of the LAC lies at Finger 8 and the Army regularly carries out patrols till there, which were blocked as a result of the Chinese ingress.

On the night of May 9, clashes were reported at Naku La in North Sikkim. India responded by mobilising additional troops and equipment to match the Chinese build-up. Since then, several friction points emerged in eastern Ladakh and both sides initiated diplomatic and military talks aimed at disengagement and de-escalation, with India pushing for the restoration of status quo ante of pre-April.

Editorial: Order at the border: On disengagement at the LAC

How did earlier efforts at disengagement unfold?

India and China earlier reached an understanding for phased disengagement from all friction points followed by de-escalation from the depth areas along the LAC. It was during this initial process of disengagement that the violent clash occurred on June 15 at Patrolling Point (PP) 14 in Galwan Valley, resulting in the death of 20 Indian soldiers, including a Commanding Officer, and an unknown number of PLA casualties. This marked the biggest clash since 1967.

Despite that, disengagement continued at PP14 and PP15 in the Hot Springs area, and partial disengagement was undertaken at Hot Springs and on the north bank of Pangong Tso. The aim was to create a buffer at these locations with a small group of soldiers retained and rest moving back to their permanent locations. However, PLA troops continued to sit on the ridgelines of Finger 4 overlooking Indian positions, which was a matter of significant concern to India as it would alter the status quo on the ground.

Fresh tensions occurred in the end of August on the south bank of Pangong Tso, as the Indian Army pre-empted Chinese moves and occupied several dominating peaks on the Kailash range on the Indian side of the LAC, which gave tactical advantage to India. This resulted in a massive deployment of troops and tanks in very close proximity a couple of hundred metres of each other, at some locations. Several incidents of firing of warning shots also occurred, the first firing since 1975. This stalled the earlier disengagement process. Both sides amassed around 50,000 troops and heavy equipment in eastern Ladakh and undertook preparations to remain deployed through the harsh winters in the high altitude region. On September 10, External Affairs Minister Jaishankar met his Chinese counterpart Wang Yi in Moscow where they agreed on a five-point resolution to take forward the talks.

What is the latest agreement?

India and China on February 11 announced an agreement for disengagement on the north and south bank of Pangong Tso to cease their forward deployments in a “phased, coordinated and verified manner”, which according to Defence Minister Rajnath Singh will “substantially” restore the situation to that existing prior to commencement of the stand-off last year.

As per the agreement, the Chinese side will move back its troops on the north bank to east of Finger 8 while Indian troops will move to their permanent base at Dhan Singh Thapa Post near Finger 3. “A similar action would be taken in the south bank area by both sides,” Mr. Singh said in the Rajya Sabha.

The agreement also entails that any structures that had been built by both sides since April 2020 in both north and south bank area will be removed and the landforms will be restored. There is also a moratorium on patrolling in this area until a resumption is discussed by both sides through diplomatic and military talks.

What is the way forward?

The Defence Ministry said last week that Mr. Singh’s statement made clear there were outstanding problems to be addressed, including at Hot Springs, Gogra and Depsang, and these issues would be taken up within 48 hours of the completion of the Pangong Tso disengagement, which could take two weeks or longer. Once complete disengagement is achieved at all friction areas, both sides will undertake de-escalation along the LAC. 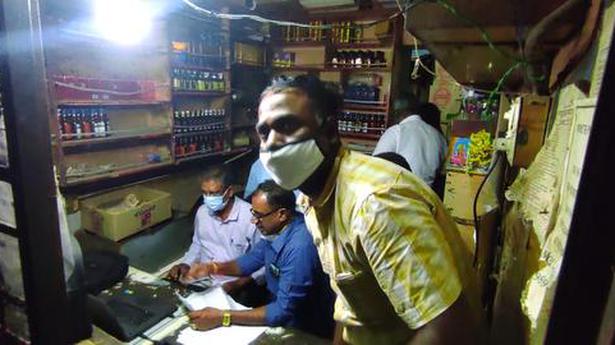