Members of the banned CPI (Maoist) of Guma Area Committee perpetrated the violence in Khajuriguda village under the limits of the Jodambo police station after accusing the villager of being a police informer, said Malkangiri district police.

The ultras had slit the throat of Dasu Khemudu and also assaulted two other persons, identified as Sana Santa and Samru Khila, of Khajuriguda.

“The attack was carried out to obstruct the development going on in the area. They wanted to warn people not to interact with forces. People have, however, come out in large numbers to support security forces and development,” said Shefeen Ahamed, Deputy Inspector General (police) of the south western region.

By spreading fear, the CPI (Maoist) leadership is trying to ensure that the area remains backward and cut off from the mainstream, Mr. Ahamed said, adding that such killings would instead alienate them from local people. The injured villagers have returned to Khajuriguda village after treatment.

The BSP personnel deployed in Swabhiman Anchal had detected seven IEDs that were buried strategically near a bridge and under a mango tree close to the Odisha-Andhra Pradesh border. The bomb disposal team of the paramilitary force had defused the IEDs kept in steel containers on the connecting roads of Dharlaveda-Tutugumi-Guraserthu. 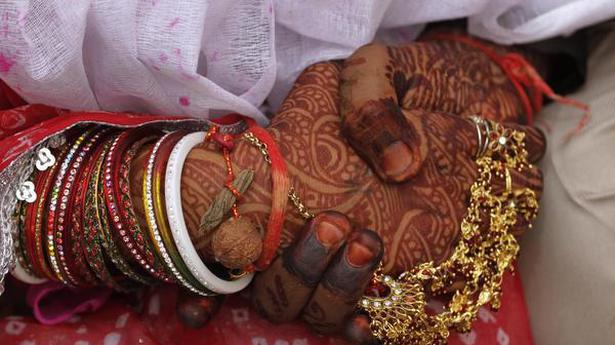