Fact-checker Mohammed Zubair was denied bail by a Delhi court on Saturday and sent to 14-day judicial custody in a case related to a tweet from 2018.

During the hearing, public prosecutor Atul Srivastava informed the court that the police has invoked new provisions — sections 120B (criminal conspiracy) and 201 (destruction of evidence) of the Indian Penal Code and section 35 of the Foreign Contribution (Regulation) Act — against the Alt News co-founder.

He claimed that the accused accepted money through Razorpay payment gateway from Pakistan, Syria and other countries, which requires further investigation.

The lawyer for the journalist expressed shock over “leak” of news of the rejection of his client’s bail plea when the court was yet to pronounce its order.

“I am shocked to see that DCP KPS Malhotra has leaked in the media ki ‘hamara bail reject ho gaya hai. Aur 14 din ka JC grant hui hai’ (that my bail plea has been rejected and my judicial custody has been granted for 14 days). I have learnt this from the twitter posts of news channels and some law reporters. They all cited KPS Malhotra as source,” Soutik Banerjee was quoted saying by news agency PTI.

“It is extremely scandalous and it speaks of the status of rule of law in our country today. That even before the judicial magistrate has sat and pronounced the order, the police have leaked the order to the media. How KPS Malhotra knows what the order is. This calls for serious, serious introspection,” he added.

“I had a word with my IO (investigating officer), I misheard it due to noise and inadvertently the message was posted in the broadcast,” he said in a WhatsApp message to reporters as reported by PTI. 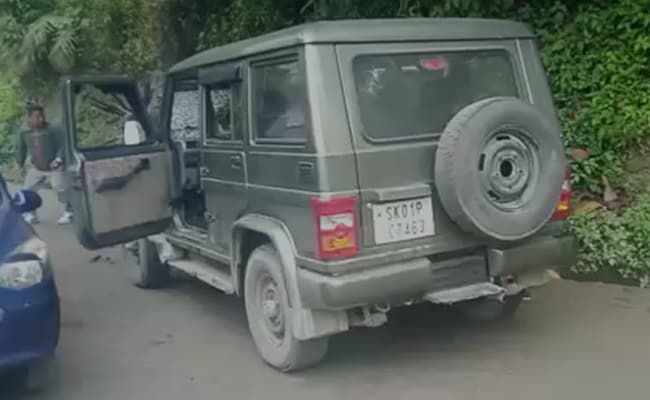 Sikkim On Alert After Clashes Between Ruling, Opposition Party Cadres