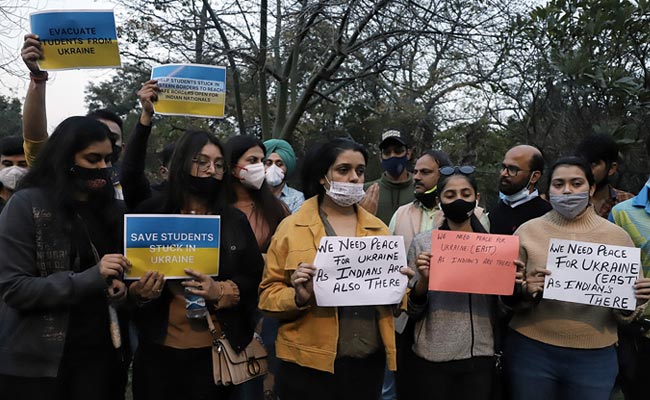 Russia-Ukraine crisis: The protesters were carrying placards in Delhi.

Demanding the safe return of their relatives, the family members of Indians stranded in Ukraine staged a protest near the Embassy of the Russian Federation in central Delhi on Friday, police said.

According to police, around 15 to 20 people came near the Shanti Path around 5.15 pm, but they were not allowed to move ahead.

They submitted an MoU at the Ministry of External Affairs and later dispersed from the area peacefully after an hour, a senior police officer said.

The protesters were carrying placards mentioning — ‘We need peace for Ukraine as Indians are also there’, ‘Save students stuck in Ukraine’ etc.

About 16,000 Indians, mostly students, are stranded in Ukraine as Russia’s invasion of the East European country entered its second day on Friday. Of the students, many studying medicine in Kharkiv and Kyiv, about 2,500 are from Gujarat and 2,320 from Kerala.