Police ‘complicating’ investigation by ‘protecting’ the former SP of Mahoba, they say

The family of Mahoba businessman Indrakant Tripathi — who died in September after being found shot in his car days after he had accused an IPS officer of threatening to kill him — on Sunday demanded that a bounty be announced against the absconding officer Manilal Patidar who continues to evade arrest.

While an FIR under murder and conspiracy charges was lodged against Mr. Patidar and others initially on the complaint of the family of Tripathi, the charges were downgraded to abetment to suicide following a probe by a Special Investigation Team.

The pressure mounted on Mr. Patidar ever since the Allahabad High Court on November 2 dismissed his plea seeking protection from arrest and quashing of the FIR against him. A Division Bench of Chief Justice Govind Mathur and Siddhartha Varma said, “…we do not find any just reason to interfere in the matter as that discloses commission of a cognizable offence.”

The court, however, said Mr. Patidar was at liberty to move an application for anticipatory bail under Section 438 of the Code of Criminal Procedure (Uttar Pradesh Amendment, 1973).

Two months after the incident, the police are yet to arrest Mr. Patidar, who faces a non-bailable warrant, drawing concerns from the family of the deceased.

Ravikant Tripathi, brother of Indrakant, alleged that the police were ‘complicating’ the investigation by not arresting the officer and ‘protecting’ him.

He demanded that the suspended IPS officer be declared a fugitive, his property be seized and he be arrested at the earliest for “safeguarding of evidence and our safety”.

“Our entire family is in terror. Who knows what incident will take place involving us. Manilal Patidar can get us all killed,” Mr. Ravikant told The Hindu. “Till he is arrested we don’t know in what direction the case would be pushed under pressure.”

Mr. Ravikant asked that if the officer was untraceable, then how was he able to file pleas in the HC.

Ashutosh Mishra, investigation officer, said police teams were raiding multiple locations including Dungarpur in Rajasthan, the officer’s hometown, in search of him.

“We are raiding his locations as well as those of his relatives. Non-bailable warrants have been issued against those yet to be arrested,” Mr. Mishra said.

Asked about the demand for a bounty, Mr. Mishra said a proper court process would be followed and that usually such orders were issued after a particular period in investigation.

On September 5, in a letter to Chief Minister Yogi Adityanath and through a social media video, Indrakant had alleged that Mr. Patidar, then SP Mahoba, was threatening to kill him after he refused to pay him ₹6 lakh per month as extortion sum. Two days later, Indrakant was found in his luxury car with a bullet wound in his neck. He succumbed to his injury a week later. The Uttar Pradesh government formed a SIT to probe the matter.

The SIT concluded that the businessman may have shot himself and said he was shot with his own pistol from close range. However, the SIT controversially reached the conclusion even without interrogating the main accused — the suspended IPS officer.

Mr. Patidar was not able to turn up for questioning as he was COVID-19 positive, his lawyer had informed the SIT then.

Unable to digest the police theory, Mr. Ravikant said everything would be clear after Mr. Patidar is arrested and goes through a Narco test. “Had he been a petty criminal, his property would have been seized and his house demolished by now,” said Mr. Ravikant. 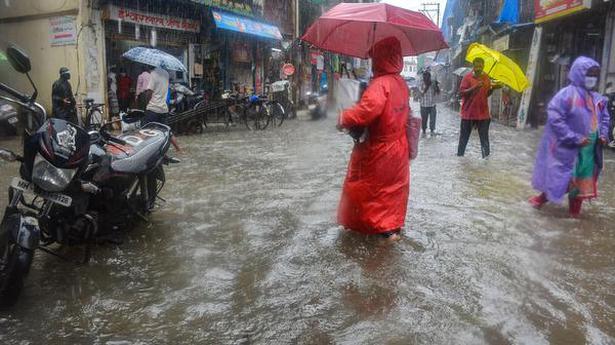 IMD issues red alert for August 17 in Pune and Satara

Akbar’s defamation case against Ramani, trial vitiated if found that ACMM has no jurisdiction:Court