A farmer was killed when a herd of elephants attacked him at Parusarampuram village of Komarada mandal in Vizianagaram district in the early hours of Friday.

The incident occurred when the farmer, Raghumanda Lakshminaidu (50), went to the fields for farming activity. The farmer, unaware of the presence of the elephants in the nearby fields, was working when he was attacked. He died on the spot.

Following a directive by Vizianagaram Collector M. Hari Jawaharlal, forest officials rushed to the spot and assured the kin of the deceased of extending financial assistance.

So far, six persons were killed by the wild animals in Vizianagaram district alone.

In spite of several coordination meetings, Andhra Pradesh and Odisha governments could not find a permanent solution to the ‘jumbo’ issue. Four elephants have been moving in the tribal habitations of Komarada, Jiyyammavalasa and other places for the past sometime.

Farmers are unhappy with the Forest Department over delay in payment of compensation for the crops damaged by elephants. The forest officials cited delay in getting damage assessment reports from the Revenue Department as the reason for not paying the amount in time. 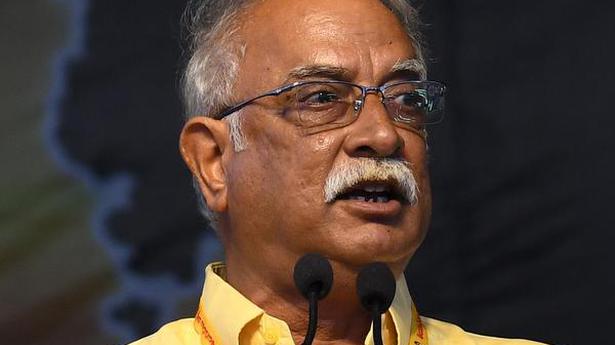 A.P. High Court sets aside the removal of Ashok Gajapathi Raju from the trust boards of three temples