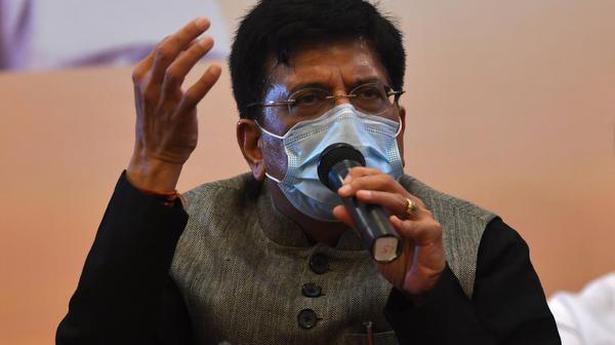 Mr. Goyal, however, did not say if the government had or is planning to take any action against any person belonging to banned outfits seen at the protests.

As the farmers’ protest against new farm laws entered the 17th day, Union Minister Piyush Goyal on Saturday said the agitation no longer remains a farmers’ movement as it has been “infiltrated by Leftist and Maoist elements” demanding the release of those put behind bars for “anti-national activities”.

This, he said, was clearly to derail agriculture reforms brought by the government. Mr. Goyal, however, did not say if the government had or is planning to take any action against any person belonging to banned outfits seen at the protests.

“We now realise that the so-called farmer agitation hardly remains a farmers’ agitation. It has almost got infiltrated by Leftist and Maoist elements, a flavour of which we saw over the last two days when there were extraneous demands to release people who have been put behind bars for anti-national (and) who have been put behind bars for illegal activities,” Mr. Goyal, the Minister for Railways, Commerce and Industry and Food and Consumers Affairs, said at FICCI’s annual meeting.

“The demands being raised on a farmers’ platform to release so-called intellectuals and poets clearly demonstrate that the effort to derail farm law improvements is probably in the hands of certain elements who are not good for India,” he said.

“I would urge all well-meaning business leaders and all well-meaning intellectuals who are involved with FICCI, who are on this webcast, to talk about the benefits of these farm laws, to understand the law. Should you have any apprehension, please talk to us,” Mr. Goyal said.

The Minister assured that these laws are for the benefit of nearly 100 million farmers across the country. He said this is a government that has been committed to farmer welfare, which has almost doubled procurement under minimum support price or MSP, which is “wrongly sought to be portrayed as being under danger”.

Mr. Goyal urged industry leaders to educate the farmers in their sphere of influence.

He urged them to “explain the benefits, explain how these laws without…in any way touching the past systems, open up new opportunities to do trade and commerce and business for our farmers so that they can go in for more investment”.

Explain them how these reforms will spur investment in rural India, there will be R&D, more opportunities for value addition and, therefore, farmers can increase their income, Mr. Goyal urged industry leaders.

Responding to Mr. Goyal’s comments, Former FICCI president and Vice-Chairman of Bharti Enterprises Rajan Bharti Mittal said, “Clearly, you can see when you do the tough reforms like the farm Bills, please don’t step back. The industry will back you up.”

Besides, talking about reducing compliance burdens, Mr. Goyal said efforts were on to create the first genuine single-window system in terms of compliances, ease of approval process.

“We intend to come up with a much easier process to meet with compliances, while simultaneously working across Ministries to see if we can reduce the burden of compliances,” he added.

Speaking about the proposed Brand India initiative, the Minister said it is an idea where the government and the industry will partner with each other and develop both on the Make in India side and overall Brand India side.

“We are also looking at branding India. It is time now that India demonstrates to the world its leadership position and commitment of quality,” said the Minister.

He observed that under the Brand India initiative, consumers both in India and internationally will be educated about products which are made in India.

“We are pushing all industries to certify the Make in India products,” Mr. Goyal added.

He said Prime Minister Narendra Modi has worked tirelessly and inspired the nation with his vision, simplicity and courage to think beyond the past limitations and willingness to embrace change.

The Minister said the government will identify areas where the country has competitive and comparative advantages, where we can become global players and contribute to global trade in a bigger way.

Observing that the tyre and rubber industry can become a great business leader in the years to come, he said the Centre will encourage rubber plantation through the support of private investment and give adequate support to the tyre industry so that it can grow and flourish.

“We have identified another 24 sectors on which work is going on by industry leaders who are working together to come up with actionable agenda to add nearly 200 lakh crores worth of manufacturing in India in the next 10 years,” Mr. Goyal said.

Describing start-ups as the backbone of the New India, Mr. Goyal said start-ups and their ecosystem are encouraging innovation and promoting young entrepreneurs.

He urged the industry to support start-ups by providing them financial support, hand-holding, opportunities and mentorship.

Referring to Aatmanirbhar Bharat, he emphasised that “we are not at all suggesting that we are anti-imports”, and that it is about India improving its quality and scale of production. 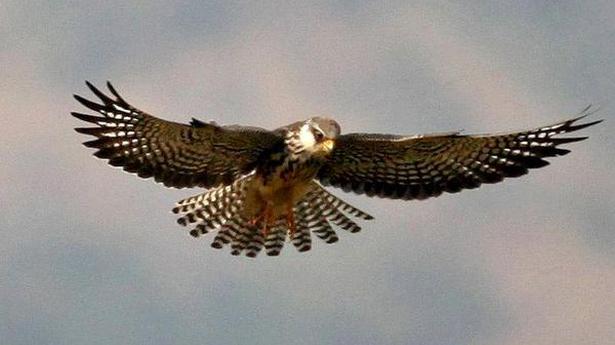 Ground Zero | Love on the razor’s edge in Uttar Pradesh 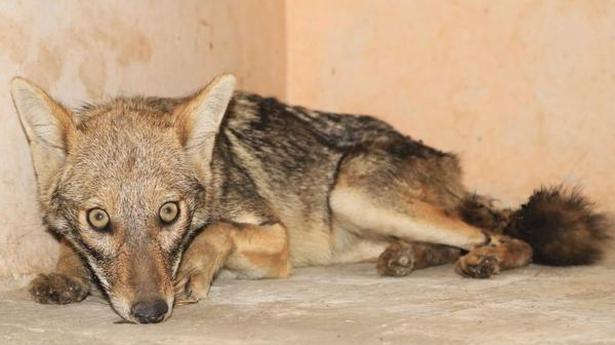