Stating that 14 farmers had died in different incidents in the last three weeks during the farmers’ agitation against the Centre’s new farm laws, Swabhimani Shetkari Sanghatana (SSS) chief Raju Shetti on Tuesday warned the Narendra Modi government that any further attempts to repress the protests by force would have serious repercussions across India.

Mr. Shetti urged the Prime Minister to accede to the farmers’ demands and to stop behaving like another Joseph Stalin, while reminding him of the horrific consequences of the Soviet dictator’s infamous ‘terror-famine’ of 1932-33 which had resulted in the deaths of millions of farmers in Ukraine.

“At least 14 farmers have died in the last 20 days since the agitation kicked off. Two died on Monday in an accident. The protesting farmers and their families have been braving the elements. Local farmers in Delhi have aided their brethren. I feel it is high time the Centre showed some magnanimity and accept their demands,” Mr. Shetti said in Kolhapur.

While the Centre may have directed the Bharatiya Janata Party (BJP)-ruled States to stop farmers from proceeding towards Delhi, the former MP and farmer leader said that the unrest among farmers had spread in the South, especially in Telangana and Tamil Nadu.

“Even those who are not directly affected are supporting this agitation. While the farmers themselves had never demanded these new laws, yet the bills were steamrolled through Parliament without the slightest regard for due process,” Mr. Shetti, who had just returned from Delhi, said.

He pointed out that whenever a new legislation of this kind was mooted, parleys were held by Central ministers with the affected sections.

“Ideally, there are talks and a standing committee is constituted. The deliberations take at least four-six months. But in the agrarian reform Bills, an ordinance was suddenly issued by the Modi government during the lockdown and the laws were so swiftly passed that the farmers had no chance to express their opinions. Furthermore, the Opposition’s requests for a debate on the Bills were quashed by the ruling BJP at the Centre,” Mr. Shetti said.

He said that the Centre’s claims about the beneficent nature of the laws belied the hurried manner in which the Bills were passed in Parliament.

“Whatever the alleged benefits to farmers of these laws as claimed by the Modi government, the Bills were passed by a mere voice vote in Parliament… the way in which these Bills were mooted and passed adds to the suspicion that the only beneficiaries are to be an Adani or an Ambani, and the objective is to make good the losses suffered by multinational companies during the pandemic by getting corporates to venture into agriculture,” Mr. Shetti alleged.

He further claimed that the kind of contract farming the Centre was envisaging had never been successful in the past. 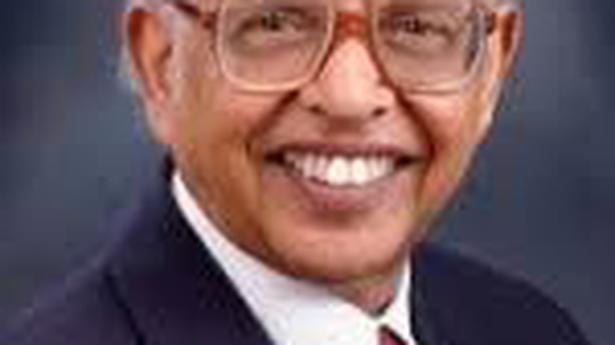 Congress will pull out of MVA, says Athawale