Farmers have been experiencing changes in climate worldwide mainly due to rising temperature, unpredictable rainfall, and reduced agricultural production, and it is crucial to recognise and understand their views when formulating adaptation plans and policies, People’s Archive of Rural India (PARI) Editor and Ramon Magsaysay awardee Palagummi Sainath has said.

He was delivering the key-note address at a national-level webinar on – Climate change adaptation: traditional wisdom and cross-scale understanding – jointly organised by School of Gandhian Studies of GITAM Deemed to be University and United States India Education Forum (USIEF) here on Friday.

Addressing the participants, Mr. Sainath said, “For the past few decades, rural India has been in the throes of a serious agrarian crisis.”

Stating that the neo-liberal policy slate had devastated the social lives of hundreds of millions of Indians, Mr. Sainath explained how climate change carried implications for human rights and access to basic necessities.

He also spoke about the urgency to incorporate in research the understanding and methods adopted by the indigenous tribes, farmers and fishing communities to adapt to climate change, and make policies inclusive.

During the question-answer session, Mr. Sainath drew special attention to how democratic functioning of a nation was in correlation with an existential as well as a moral threat such as climate change.

The webinar was an outcome of a Fulbright Alumni Grant received by Prof. Nalini Bikkina of GITAM School of Gandhian Studies. 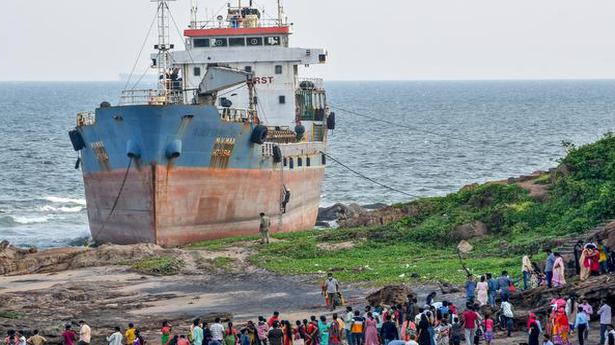 Efforts on to tow ‘MV Maa’ back into the sea