In response to the heavy police barricades at the Singhu border, protesting farmers on Sunday planted saplings of flowers like roses and marigolds in soil brought from their villages around Haryana’s Sonepat.

A protester said planting saplings was a silent message to the authorities in response to the cemented walls, spikes on the roads, and multiple barricades fixed by the government in the area.

Rajinder Kumar, 60, a native of Dhurana village, said that he, along with other villagers, had joined the protest at Singhu on Sunday. They had brought soil and saplings of flowering plants from their village.

“It’s our message to the government that we will spread love even if it uses force to suppress us. The policemen armed with guns and batons standing on the other side of the barricades are also sons of farmers. We have nothing against the police. Our fight is against the stubborn government,” said Mr. Kumar.

A commotion ensued at the protest site after a small snake was spotted in the freshly dug-up soil brought for preparing the plant beds. One of the farmers killed the snake with a spade as it tried to wriggle out to safety. Some of the farmers tried to stop the man from hitting the snake, but it was too late.

Protesters at Singhu said that they are identifying other vacant and dirty plots for planting. They wanted to convey to the government that farmers can turn waste land into beautiful nurseries.

“We will send flowers from these nurseries to the government if they agree to repeal the farm laws. The kind of barricading they have put at the borders, and the restrictions on the movement of visitors, will only give more power to protesters,” said Hardeep, a protester.

After the violence of January 26, Delhi Police have erected concrete walls between barriers and multi-layer barricading, with lines upon lines of police personnel stationed at all three borders — Tikri, Singhu and Ghazipur. Police have also restricted the movement of visitors from Delhi to these borders. 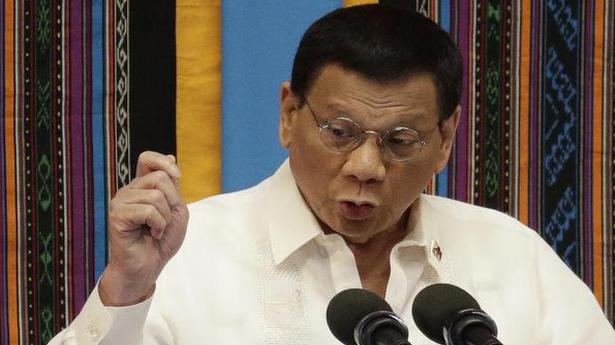 Philippine President says he can be held responsible for drug killings