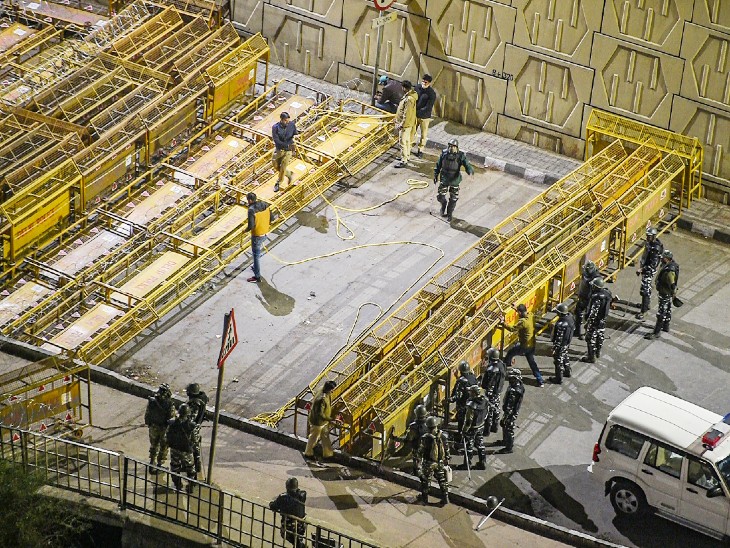 The photo is of Ghazipur border. Taking lessons from the violence in Delhi on 26 January, the police is cautious, so it has done heavy barricading here to stop the farmers.

Farmers have announced a check-up across the country from 12 to 3 pm today. The farmers have said that the protest will be peaceful. Indian Farmers Union spokesman Rakesh Tikait said that we will not stop roads in Delhi, UP and Uttarakhand, because some people here may try to spread violence. He said that we have evidence of this. 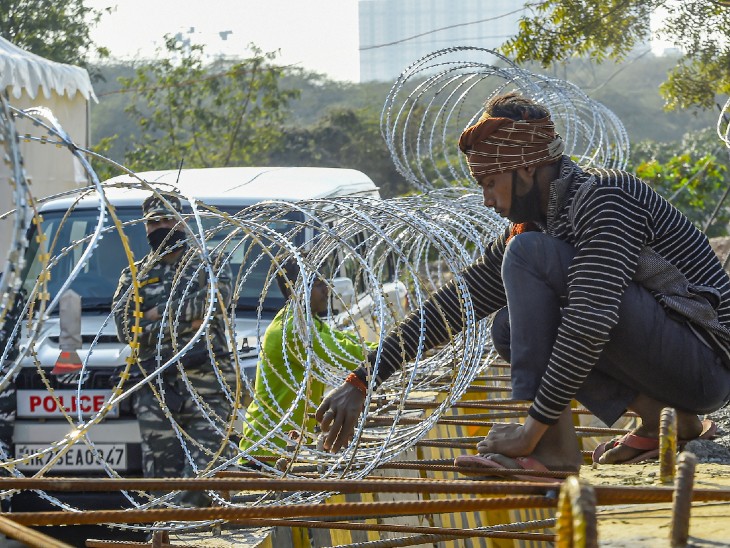 The photo is of the Singhu border. Here barbed wire has also been installed on the barricades of cement, so that neither heavy vehicles can cross it nor any agitators coming on foot.

Delhi Police Alert, CRPF Message to Jawans
The deployment of 31 companies of Central Reserve Police Forces (CRPF) in Delhi-NCR has been extended for two weeks in view of the farmers’ discourse. All CRPF units stationed in Delhi have been told to put an iron net on their buses.

Delhi Police is also on alert. Police is taking more precautions in view of the violence on 26 January. The metro station officials have also been approached by Delhi Police. Given the situation, some metro stations may also be closed today. Police has asked the metro service to be ready for this. 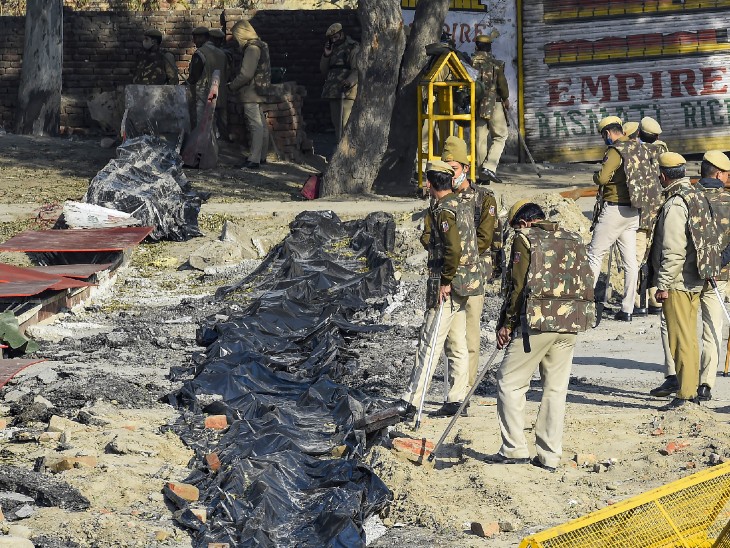 The photo is of the Singhu border. A large number of police personnel have been deployed here in view of the farmers’ discourse.

Tikait said – one lakh farmers of UP-Uttarakhand will be on standby
Farmer leader Rakesh Tikait said that one lakh farmers of UP and Uttarakhand will live on standby. These will give backup to the peasant movement. Tikait was present on the Ghazipur border. Here, farmers planted marigold plants on Friday. Tikait said that we have decided to grow flowers on the border on which the government has planted thorns to stop us.

Kisan Panchayats held in UP, Rajasthan, thousands of farmers gathered in Shamli
To strengthen the movement, a series of Kisan Panchayats were started in Uttar Pradesh and Rajasthan from Friday, which will run till the end of February. They are being organized by the Rashtriya Lok Dal (RLD). The RLD announced to support the farmer movement last week.

RLD Vice President Jayant Chaudhary said on Thursday that the purpose of Kisan Panchayats is to tell the government that this is a big movement. It is the responsibility of political parties to reach out to the farmers and also inform others about the sensitivity of the issue. Jayant Chaudhary said this during a Khap panchayat held in Shamli. Naresh Tikait, president of the Bharatiya Kisan Union, was also present in this khap. Thousands of farmers joined the khap in Shamli. 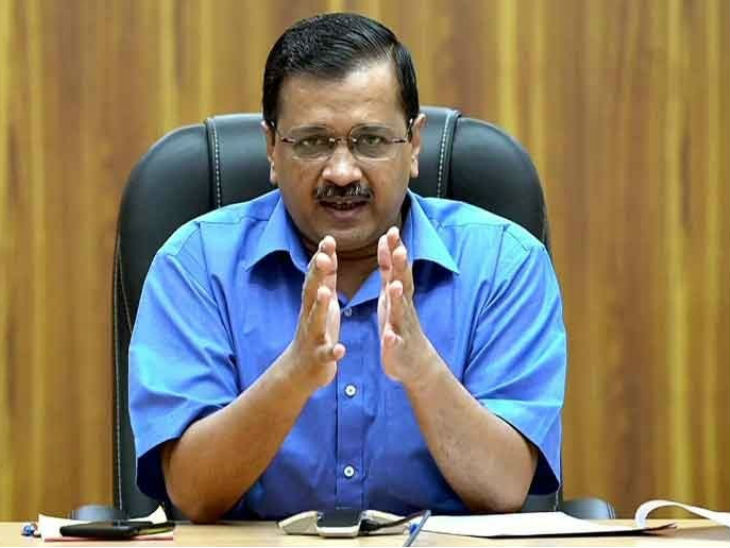 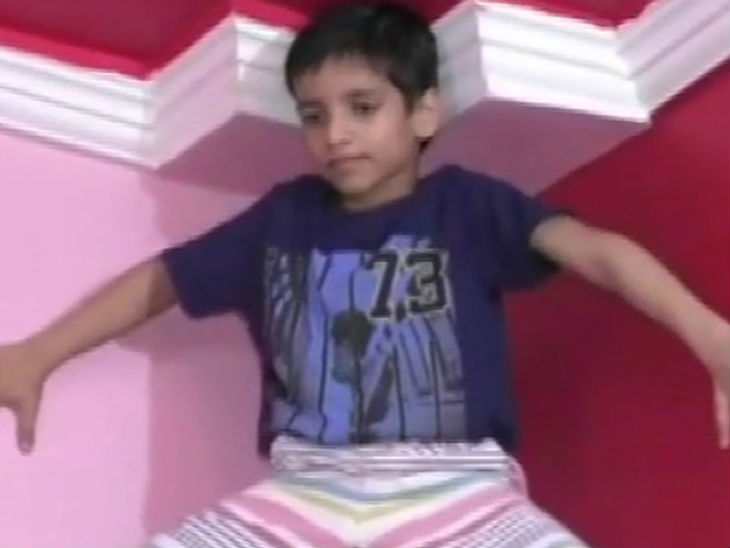 Kanpur Little Spider-Man Video; Seven-year-old Boy In Uttar Pradesh’s Kanpur Is Climbing Walls Like Spider-man | In a blink of an eye, a 10-fit tall wall climbs seven years of reality, video is making a splash on social media 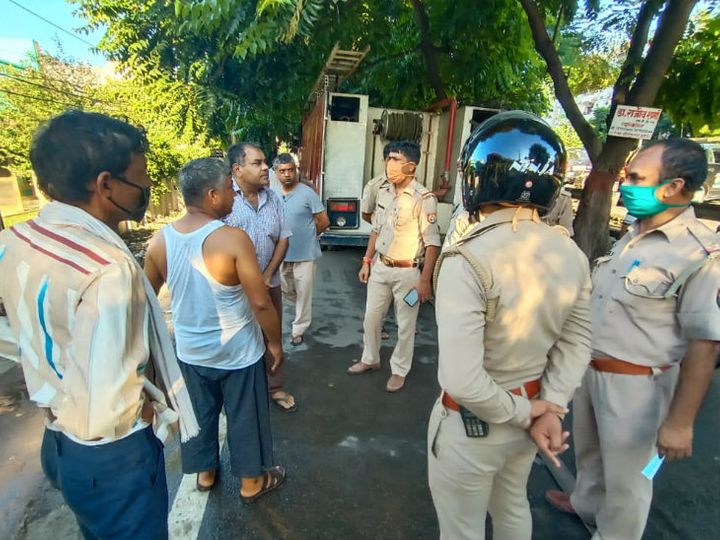