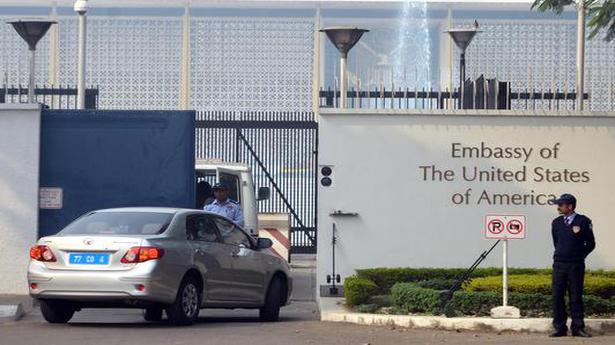 
Following expressions of support on social media to the farmers’ protest by several well-known personalities and celebrities, including pop icon Rihanna, youth climate activist Greta Thunberg and others, the U.S government has also spoken, encouraging dialogue and supporting the right to peaceful protest.

The U.S.’s reactions were recorded in a statement released by its Embassy in New Delhi and through a State Department statement released to a Wall Street Journal reporter on Thursday. Washington has also welcomed steps that would enhance the efficiency of India’s markets.

Farmers are protesting the passage of three agricultural laws in 2019 that they see as detrimental to their interests.

“We recognize that peaceful protests are a hallmark of any thriving democracy, and note that the Indian Supreme Court has stated the same. We encourage that any differences between the parties be resolved through dialogue. In general, the United States welcomes steps that would improve the efficiency of India’s markets and attract greater private sector investment,” a statement from the U.S. Embassy said.

Access to information was fundamental to democracy, the U.S. said in reaction to the Haryana government temporarily shutting down mobile Internet services in several districts last week and earlier this week, stating law and order reasons.

“We recognize that unhindered access to information, including the Internet, is fundamental to the freedom of expression and a hallmark of a thriving democracy,” the statement said.

On Wednesday, the Ministry of External Affairs reacted strongly to the celebrities’ comments, criticising the “sensationalist social media hashtags” and urging “the facts be ascertained”. 45 get occupancy certificates at adalat