The four toll plazas managed by the National Highways Authority of India (NHAI) in the State witnessed traffic snarls, confusion, and protests by motorists and the KSRTC crew on Tuesday, the first day of making user-fee collection through FASTags mandatory.

Since February 15 midnight, any vehicle reaching the FASTag lanes without the prepaid tag or an invalid one has to pay twice the toll applicable to that category of vehicles.

All lanes, except one, in toll plazas on national highways were declared as FASTag lanes to promote toll payment through the digital mode, seamless movement of vehicles and to reduce waiting time and fuel consumption.

However, vehicle owners without the FASTags argued with the staff at the booths and refused to move along the lane for those without FASTags. Delay in acceptance of fee led to traffic snarls on these lanes.

The fleet of the KSRTC that did not have the FASTag added to the woes as the drivers refused to use the non-dedicated lane by paying double the user fee or by taking the monthly pass. With the toll plaza staff taking a tough stance, the crew parked the buses haphazardly.

Around 200 buses of the KSRTC operating on interstate routes have the FASTag. The buses of the Tamil Nadu Road Transport Corporation are also using FASTag.

“The KSRTC is not ready to take the FASTag despite the intervention by Secretary, PWD. They want exemption from toll and have given a letter seeking the same. We cannot break the rules and already a ₹100-crore arbitration is on the Paliyekkara toll plaza with the concessionaire,” official sources said.

FASTag fixed on windscreen enables automatic deduction of toll and lets the vehicle pass through the toll plaza without stopping for cash transaction. 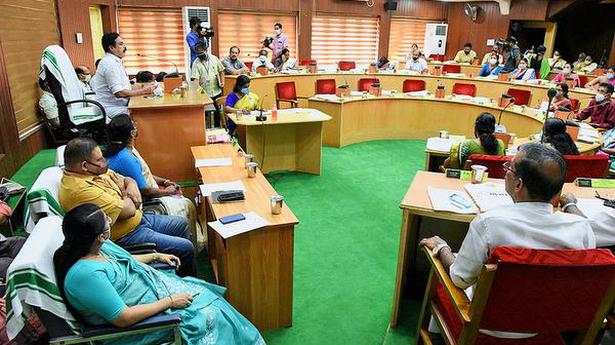