The marriage of Lakshmi Praba, 27, of Pattukottai in Thanjavur district with Kishore of Kumarapalayam a few days ago has become the talk of the town as the couple entered into wedlock in front of a life-size wax statue of the bride’s father, who died about nine years ago.

Invitees, relatives and friends, made a beeline to take photographs along with Selvam, the bride’s father, “present” in the form of a wax statue.

Tears of happiness rolled down from the cheek of Ms. Praba when she prostrated before the statue seeking his blessings. She had been missing her lovable father since he died in 2012. Ms. Praba now feels that her father, whom she considers a mentor, guide and philosopher, has come alive. Kalavathi, the mother of Ms.Praba, too was happy that her husband “was present” on the occasion to solemnise the marriage of her daughter.

It all started when Praba’s sister Bhuvaneswari came down to India from London to arrange the marriage for her. After deciding to present a surprise to her sister, Bhuvaneswari and her husband Karthick Sivakumar met Sidhara Murthy, a wax sculptor in Bengaluru, a few months ago and expressed her desire to design a wax statue of her father.

They had to stay in Bengaluru for several days so as to enable the artist to design Selvam’s figure. After making a number of corrections, Mr. Murthy designed him perfectly using rubber, silicone, wax and other materials.

As planned the wax statue of Selvam was brought and placed in the marriage hall. The newly-married couple, Mrs. Selvam and two other daughters stood beside the statue to make it a perfect family image. Many invitees were bowled over by the affection that the family members of Selvam, a leading prawn culturist in his heyday, had for him.

“He is a role model for us. He toiled hard to provide quality education to all three of us as he felt that education was a major step to women’s empowerment. If we are in a good position, it is because of my father. I dedicate the wax statue to the parents of all girl children,” said Ms.Bhuvaneswari. 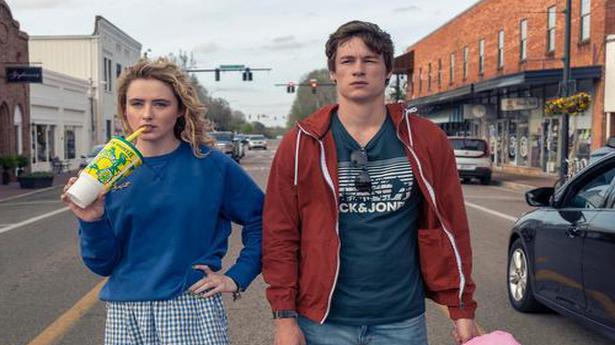 New on Amazon Prime: ‘The Map of Tiny Perfect Things’, ‘Life in a Year’ and more