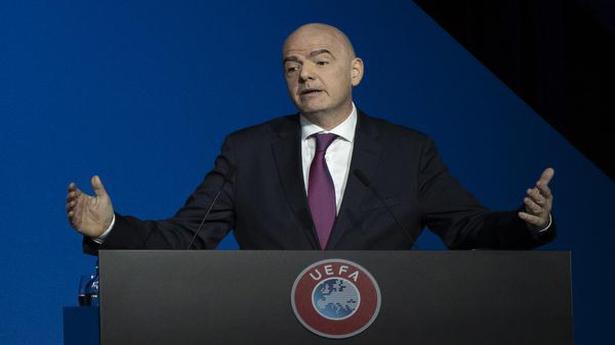 The exemptions were introduced late last year as international soccer resumed amid a backlog of World Cup qualifiers in Asia and South America.

FIFA extended an easing of its rules on February 5 that frees clubs during the coronavirus pandemic from obligations to release all players to national teams.

The scheduled games involve more than 3,000 players — many with clubs in Europe — set to fly around the world to join national teams.

Players who face mandatory quarantine of at least five days on any part of their intended journey, or government-imposed border restrictions that do not exempt professional sports, can be excused call-ups by their national team.

The exemptions were introduced late last year as international soccer resumed amid a backlog of World Cup qualifiers in Asia and South America. Only one game was played in Asia in the whole of 2020.

FIFA president Gianni Infantino said this week at a World Health Organisation briefing in Geneva that no health risks would be taken trying to fulfil all the fixtures. Of mice as pets and making a living out of it

Coronavirus live: England enters lockdown that could run until March