The recently concluded Fifth Plenum of the CCP clearly places Xi in the category of indispensable leaders of China, who should remain in power in the foreseeable future to steer China through the unprecedented circumstances. Today Xi Jinping is the most powerful leader in China: General Secretary of the Communist Party, Chairman of the Military Commission and President of the People’s Republic of China. He has installed himself as the head of new bodies overseeing the Internet, government restructuring, national security, and military reform, and has effectively taken over the courts, the police, and the secret police/intelligence. His name and philosophy were added to the party constitution in 2017, and the following year he successfully pushed for the abolition of presidential term limits. He is the most authoritarian leader since Mao. Even Deng did not enjoy some of the powers, which Xi has assumed for himself. Xi has changed the system of collective leadership adopted after Mao’s death. Using old and new tools, he has significantly enlarged his image. His media coverage is twice of his predecessors.

In this four-day meet, carefully drafted blueprints for policies were adopted for a period much beyond 2022 and to reflect the need for Xi’s leadership to achieve the Chinese goal to emerge as the world power. He has removed all those who could oppose him in the CCP and now he is surrounded by those who continue to deify him as the creator of modern China. In this context three plans are important- the 14th Five Year Plan for National Economic and Social Development (2021-2025), fully modernise the army by 2027 and the Vision 2035- the Long-Range Objectives Through the Year 2035.

The communique was drafted in view of the providing the justification for Xi’s continuation. It emphasised that the CCP must take into account the overall strategic plan for the great rejuvenation of the Chinese nation with major changes in the world that have not occurred in a century. It further observed that ‘a thorough understanding is necessary about the new characteristics and requirements brought about by the changes in the evolution of the principal contradiction facing Chinese society’ and that ‘more attention should be paid to the new contradictions and challenges brought by the complex international environment’. It also emphasised enhancing China’s economic, technological and composite strength as well as development in new industrialization and the modernization of China’s system and capacity for governance. It also underlined the importance of strengthening awareness of opportunities and risks and cultivating opportunities amid crisis.

Significantly, the communique also called for China to be prepared for war, the first time this has been referenced in a five-year plan since the 1960s. The Central Committee said that China would make “major strides” in modernizing its military and would strengthen the training of troops for war readiness. Xi, while urging the party cadres to pay more attention to national security, gave details of China’s plans to fully modernise its army by 2027- the year that marks the centennial of the founding of the PLA. It included plans to strengthen strategic and combat forces in new areas, build a high-level strategic deterrence and joint combat system, accelerate the modernisation of weapons and equipment, focus on independent and original innovation in national defence, science and technology, accelerate the development of strategic frontier disruptive technologies, and accelerate the upgrading of weapons and equipment and the development of intelligent weapons and equipment. Subsequently, in a booklet published by People’s Publishing House Xu Qiliang the Vice-Charman of the CMC, stressed the importance of smart technologies in modernising the PLA. The building of the high-level strategic deterrence deserves attention for its neighbours and US.

Xi’s own statements also reflected that he would remain in power beyond 2022. His plans covered the period up to 2035. Xi said it was “entirely possible” for the economy to maintain stable development over the long term, and that China would reach “current high-income country standards” by 2025. He also said that China would double the total economic size or per capita income by 2035.

The above formulations served as the background for the final suggestion for the continuation of Xi’s leadership. The communique concluded that ‘the overall leadership of the CPC must be upheld to realize the 14th Five Year Plan and efforts should be made to mobilize all positive factors and rally all the forces that can be rallied to form a strong synergy to promote development’. Crucially, the plenum reaffirmed Xi Jinping’s central role in state affairs and the “core” of the Party. With Xi Jinping at the “helm”, the communiqué issued at the conclusion of the meetings said, China will overcome all difficulties and obstacles. This was the first time a communique has referred to Xi in person. With no apparent successor, Xi is likely to lead China for one more five-year term (2022-27) and much beyond that. While it is difficult to guess how long, some experts have assessed that he may continue till 2035. Xi is at present 67 and by 2035, he would be 82- not a very old age for the Chinese leaders. While Mao remained in power till his death at the age of 83, Deng continued till the age of 85 when he resigned. In essence, this meet has established that Xi remains an unchallenged leader in the country. This meet has made his position stronger. All the members have applauded his policies. The CCP is just a rubber stamp now. Over-all his statements and the communique suggest that an experienced leader like him is irreplaceable. His continuation in the power is a necessity. The limit of two terms for the President has already been done away with. With this, any change in the internal and external policies can hardly be expected.

This means that there would be no change in the Chinese expansionist approach. Internally Xi has initiated a programme to impose Han culture and erase the Mongolian, Islamic and Tibetan cultures from the outlying provinces occupied in the mid-20th Century. Externally, it would focus on strengthening its control over South and East China Seas and pushing India to ensure the safety of the CPEC. The BRI project would be aggressively pushed through. It is pursuing the policy of trade follows the flag by converting its economic power into political concessions. In the post-Covid period, economically weaker countries would easily fall for its debt-trap diplomacy.

The International Community needs to take notice of Xi’s long-term plans and their adverse implications on the strategic balance. US Secretary of State Pompeo has called the CCP a “Marxist-Leninist monster” whose rule is “authoritarian, brutish and antithetical to human freedom.” Merely condemning CCP is not sufficient to check the aggressive Chinese: its aggressive activities must be made prohibitively costly. While at the East Asia Summit, there has been wide support for free, open and rule-based Indo-Pacific, it must be implemented at the earliest to provide tangible benefits to the regional nations. While globalisation is a necessity, the supply line should not be dominated by a single power. The re-globalisation must be based on multipolarity and equality. 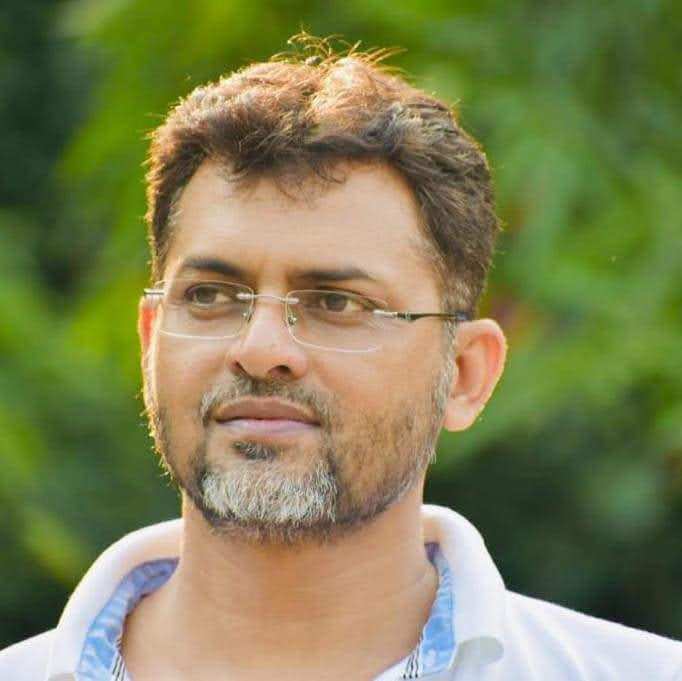 A Statute to Swami Vivekananda: A Message from JNU with Love