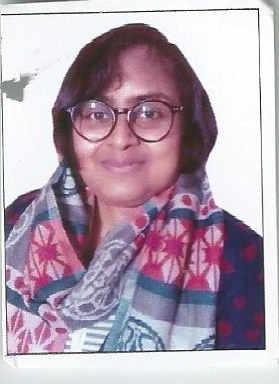 
My father was a simple-minded peace-loving charitable person unworldly enough to trust salt for sugar.

He presented himself to anybody’s service without thinking twice about himself. He was born with a silver spoon in his mouth and before grandpa was taken ill and he had a lavish lifestyle.

He accepted his fate when after Grandpa’s illness he lost his power, but he always dressed well until his dying day. Even when his clothes were worn out, he ironed them well so that they looked good and shined his shoes himself. He was a punctual man and was never late for anything. It is because of him that I have developed the habit of sleeping on neatly ironed fresh linen and until my Mum properly tucks me inside the covers, I don’t get any sleep. He cared for me so much that he celebrated his birthday by buying me an expensive book. Few diseases of the present have little in common with the diseases of the past because of their rarity but like an owl, you have to pore over abstruse medical documents and make it your pastime with a great penchant for general science with an interest in medicine. When you are bombarded with heavy-duty medical words of a mysterious sickness as your diagnosis by medical men who claim to possess full knowledge of those things don&#39;t become trifle too dreamy and treat their words as Gospels.

I think of the overwhelming despair of the medical practitioner roaring,

“You come and sit in my chair; let me go sit in your chair.”

Their impossibly bumptious opinionated ego deflates showing all the indications of superiority. He has earned his degree through remarkably well medical training going through the rigors of medical school, how can an inferior creature ask him questions?

This peculiar outbreak of blind rage and reprisal I faced in the unfunny days of my first brain tumor.

I spoke with authority because it was my body he would work upon and if he doesn’t do a very careful job with his scalpel with full knowledge of what he was about to do then my fragile life bird would have flown away. I had the full right to know what was to be done to me.

After completing their medical degrees do they plunge into the world of unique diseases, keep themselves updated, keep track of all those maladies?

For my brain tumor, my father was under extreme mental pressure. He worried that if according to the doctors, I turn comatose, who will care for me after him…within a month of my brain surgery he had a massive heart attack. It happened when people were around him and they admitted him to a renowned hospital in Kolkata. When I was informed about the incident, I visited the hospital with my mother, and my brother was informed about the shocking news. It was a very cold January day and my head was entirely shaven, thus I covered up my bald head, and dragging my feet I went to the hospital.

Before he was put into ventilation for 9 long days he told my brother “take care of Didi”. He was so concerned about me then.

Like a bolt from the blue within four months of my brain surgery and three months of my father’s massive cardiac arrest, a doctor suddenly declared that my liver needs an urgent liver transplant. My father was retired and after all the health woes he was penniless by then. He had no means to get the transplant done.

He turned to his mother for help, to give him his inheritance so that he could save his daughter’s life. She turned her back, weeping crocodile tears and telling him that she would ask her youngest son about it. My father’s jaw dropped. He was the eldest and the most dutiful son and had blind obedience towards the family and now his mother was turning her back on him! Here my life with fairy tale parents turned into a noir story.

When my father asked for his inheritance, the dragon uncle said that he had none because his portion was sold out to the South Indian singer celebrity who was our tenant. They denied even the money of my Grandfather and the jewelry.

I was feeling blue and bluer by the minute that all this was happening over the issue of my life. Baba foregoes his bypass surgery and with 80% of his heart blocked he ran here and there to arrange my liver transplant at Gangaram the second time because the first time we ran short of money and had to return.

We were still short of funds and I had an acute attack of pain again. I needed a liver transplant to stop the intense pain caused by those tumors which were hemorrhaging inside my belly. The magnitude of pain was so high that I was advised to use fentanyl patches. The pain seemed to stop my heart and I had labored breathing. I used the patches almost every day and when the pain got beyond a certain threshold and it knew no bounds, I had to be put in the emergency room. Once when we still didn’t have enough money for the liver transplant, and I was in the emergency room for my intense pain and doctors were worried if the tumors have burst spreading blood in my intestines, I begged the doctor for euthanasia (mercy killing).

Our mission liver transplant was ultimately a success.

It dawned on my father that a liver transplant doesn’t end after the successful completion of the transplant, but the transplanted liver needs the immune system to be suppressed so that it isn’t rejected like bacteria and viruses. The suppressed immune system makes you susceptible to infections and diseases. Immunosuppressant medicines are costly and side effects are costly as well. Getting infections and requiring medicines to cure them are costly. Getting regular clinical and radiological tests are expensive. VHL and an organ transplant both require constant attention and a strict radiological and lab testing schedule to identify new tumors or those that have re-grown. Besides, you need to constantly check if the transplanted organ is working perfectly. VHL requires surgeries or treatment for symptomatic relief of tumors, benign or malignant. Regular monitoring by a doctor is required to control the plethora of illnesses that an organ transplant and VHL affliction bring. My father was at a loss as to how to manage. The very thought of how he will arrange my immunosuppressive (anti-rejection medicines) and other medicines and the plethora of illness that an organ transplant and VHL affliction brings… brought my father out in a cold sweat. He cried ferocious tears on my mother’s shoulders and said that

“My princess has the will to live and she has fought the hardest and biggest war ever but how will I keep her alive?”

Hearing his story when I was struggling with death, I had mental indigestion. When I was afflicted, I had a mutual understanding with my father, whom I called & Baba’ that he would tell me the truth even if it was very disturbing. He said he had never got any affection from his own mother and called me ‘Ma’ and told me his life story which somewhat consoled him. We were walking in front of the India gate and he was confiding in me with tears in his eyes and it was a windy day. It seemed like the wind cried in accord. He said he never wanted more than what he deserved and that too when the situations were such that to save his own daughter’s life, he needed money. He only asked for what his father had left for him. He was repeatedly sending his pleas to his mother, but it was all unheard by her who was influenced by his youngest brother’s ploys. He, who had never asked for any assistance with his finances, wandered like a lone cloud in a wistful blue sky from door to door explaining his situation and asking for help. Sometimes it was lying and hypocrisy that weighed on his soul. His soul couldn’t take the weight of the chameleons thronging and souring the reality of his life and he left us within a day after telling me all these thoughts about his family and life.

He skipped his medicines to provide my medicines and the next day he left us homeless, penniless.

“I’m a goose,
With an irksome noose,
Round my neck,
Zinging the tatty track
With a woooooosh,
Volubly yet I say,
Wondrous abbreviated time,
Acrid stress,
The drag race,

‘live forever or die in the attempt’… says my selfish gene.”

This cool video will give an idea rather than heavy words but there is a subtle difference. 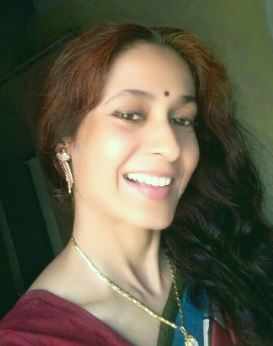 On the global relevance of Mahatma Gandhi: A belated tribute

Everything is a projection of the cosmic mind