After a lull due to the COVID-19, film locations in the city of destiny are abuzz with activity. Several movie production units have been busy shooting in the city for the last two months.

Visakhapatnam has been one of the most sought after film destinations for many film makers. A number of movies from the bygone era, including ‘Maro Charithra’ starring Kamal Hassan, Chiranjeevi’s ‘Abhilasha,’ Balakrishna’s ‘Narasimha Naidu’ till the recent Sai Dharam Tej starrer ‘Solo Brathuke So Better’, showcased the beauty of Vizag. After being hit by the COVID-19 pandemic, film shootings, which were completely stopped for nearly 10 months, have now resumed with a bang.

Actor Sundeep Kishan starrer ‘Rowdy Baby’ is being canned at Visalakshi Nagar, Bheemili and many other locations since December 2020. The fight sequences of actor Ravi Teja’s upcoming flick ‘Khiladi’ was shot at Vizag Port last week. Actor Karthikeya and Lavanya Tripathi’s ‘Chavu Kaburu Challaga’ is being filmed at Rama Krishna Beach for the last couple of days. Similarly, Director Ajay Bhupathi is filming some of the scenes for his ‘Maha Samudram’, starring Sharwanand, in the city.

It is a big relief for a number of people working as managers, unit van operators, crane operators, technicians and fighters (body builders), from the city, who are dependent on the film industry.

“Yes it was a very tough phase due to lack of work. But thanks to the seniors in the industry, we have received essentials and support even during the lockdown. Now, we are back to work again since November,” said S. Ramesh, who works as an Assistant Manager. K. Anjaneyalu alias Anji from Visakhapatnam, a van operator, assists director of photography during the shoots. Expressing happiness with the resumption of film shootings, he said there has been continuous activity for the last 45 days.

According to Mr. Anjaneyalu, shooting in Visakhapatnam has been a sentiment for many actors and directors. “Many directors believe that filming at least one scene in the city will make the movie a grand success,” he said. 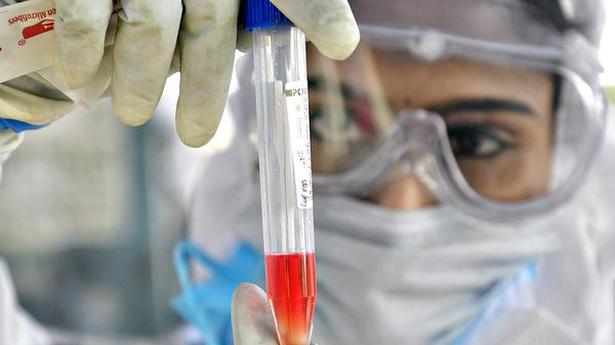