Karnataka
February 11, 2021 Divya Bharat 0 Comments BengaluruNow, India has its own gerbera varieties as scientists at the Indian Institute of Horticultural Research (IIHR) have developed six indigenous varieties of this flower, used extensively in decorations and bouquets.

Now, India has its own gerbera varieties as scientists at the Indian Institute of Horticultural Research (IIHR) have developed six indigenous varieties of this flower, used extensively in decorations and bouquets.

Though the country’s floricultural sector has made rapid strides, it was yet to develop its own gerbera variety. The varieties being cultivated by farmers so far in the country were those from other places, particularly Holland. This had resulted in farmers paying higher costs for plants as the companies selling them had to pay huge royalties to Holland firms.

“Presently, all the 20 to 30 varieties of gerberas grown in the country are those from Holland. Farmers are paying about ₹40 per plant which includes a royalty of about ₹20. It would cost about ₹19 lakh to get these saplings per hectare under such a pricing mechanism as a hectare needs 66,000 saplings in a polyhouse. But if a farmer cultivates indigenous variety of gerbera, then he will be spending only ₹7 lakh per hectare,” Dr. Aswath pointed out.

“Also, in the present pricing mechanism for Holland varieties, a farmer gets an average rate of ₹3 per flower, but spends about ₹1.50 on growing each flower. But if he grows indigenous varieties, then the cultivation cost per flower drops to a mere 10 to 20 paise,” he said.

According to him, the drop in cultivation costs would have a cascading impact. “The profit margin of farmers increases. Secondly, the market rate of gerbera for consumers, which goes up to ₹20 per flower depending upon season, may come down. This is bound to make floral decoration more affordable,” he said.

Also, importing of these flower varieties is risky as several pests and diseases have entered the country along with them, he pointed out.

Of the indigenous varieties, Arka Ashwa, Arka Nesara, Arka White, and Arka Pink are suitable for polyhouse cultivation and have been available for farmers from the last two years. Arka Krishika and Arka Red varieties could be grown in open cultivation and would be made available to farmers by June, Dr. Aswath said.

According to him, these varieties have tolerance to certain pests which would reduce the application of pesticides and also reduce the cultivation cost.

In India, gerbera cultivation accounts for 800 hectares in floricultural sector that has a coverage of 3.25 lakh hectares.

The five-day national horticultural fair being organised by the Indian Institute of Horticultural Research at its Hessarghatta campus will end on Friday. The fair, which is being held in both physical and digital formats for the first time owing to COVID-19, has been attracting a large number of visitors despite the pandemic.

According to an estimate, about 48,000 people from different parts of the country have visited the fair in the last four days.

In all, the fair has more than 145 stalls showcasing various technologies and products besides live demonstrations of various horticultural crops. 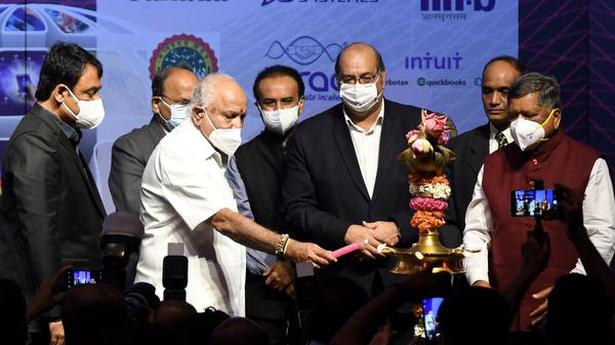 Silt from Bellandur, Varthur lakes to be tested by KSPC, IISc.