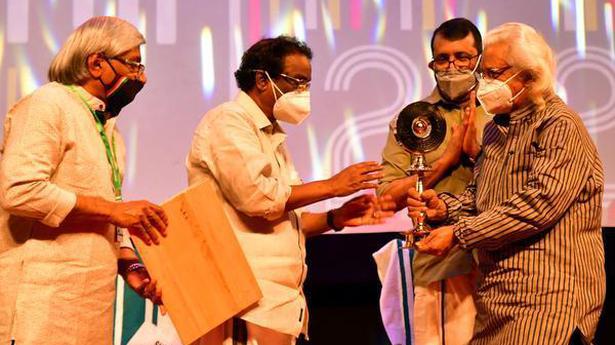 Recipient of the Lifetime Achievement award this year, legendary French filmmaker Jean Luc Godard who greeted the Kerala audience from his home, was the toast of the inaugural function held at the Nishagandhi auditorium.

“I am sorry for speaking in the tongue of the dominators (English). Thank you very much Kerala. Thank you to the Kerala festival for screening good and sensible films. It is great that five of my films are being screened there,” he said, with a lit cigar in his hand.

Inaugurating the festival through videoconferencing, Chief Minister Pinarayi Vijayan said the IFFK had stood apart from many other festivals due to its strong political and progressive standpoint.

“In these 25 years, the IFFK has, through the quality of the films and people’s participation, raised Kerala’s stature in the international arena,” he said.

Lauding Godard for using cinema as a political tool, Mr. Vijayan recollected the filmmaker’s part in raising voice against the Vietnam war, the attacks on Palestine and in lending support to the May 1968 protests in Paris.

Receiving the honour on Godard’s behalf, filmmaker Adoor Gopalakrishnan said that the filmmaker was a genius who even at the age of 91 was still expanding his boundaries and exploring new ways to express himself on film. “That we are honouring Godard at the 25th edition of the IFFK is an honour for the festival, more than it is for him,” said Mr. Gopalakrishnan.

Culture Minister A.K. Balan, who presided over the function, reiterated that the capital city would always remain the host city of the festival. He said that the festival was decentralised this year into four cities across Kerala, considering the COVID-19 pandemic situation.

Work on the proposed Chitranjali film city in the capital would be inaugurated this week. The IFFK festival complex project could not take off due to lack of enough space on the Chitranjali campus, but the government was looking for alternative spaces, he said.

Speaker P. Sreeramakrishnan said organising the festival even in such a scenario was an attempt not to be affected by cultural amnesia.

Kerala State Chalachitra Academy chairman Kamal said that the IFFK had over the years had a huge influence on the State’s cinema culture and the cultural awareness of an entire generation. Its greatest contribution had been the array of new filmmakers in Malayalam cinema who grew up watching films at the festival.

The opening film of the festival, Bosnian film Quo Vadis, Aida?, directed by Jasmila Zbanic was screened after the function. 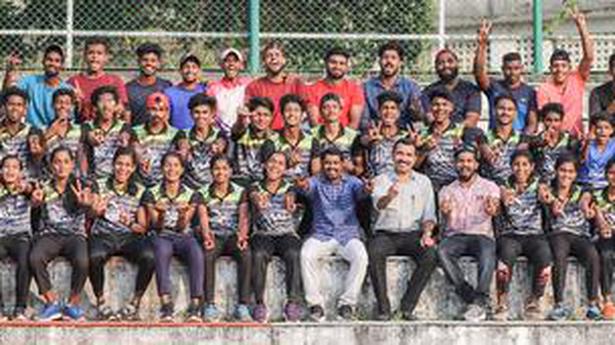