He said six more kiosks would be set up in various areas, including Durga temple, PWD Grounds, and RTC bus stand, in the first phase as a part of the civic body’s environment-friendly initiatives to reduce plastic usage and recycle plastic waste.

Mr. Imtiaz said anybody can deposit a plastic water bottle in the machine and enter their phone number and get shopping discount coupons. The bottles collected in the machine would be crushed into powder and reused for other purposes, he said.

Mr. Venkatesh said that the machines would be set up with the support of Powergrid Corporation of India, GMR and other companies. He said the VMC was in talks with malls and showrooms that can offer discounts through coupons delivered to the machine users. The coupons could be redeemed by the users at particular stores. 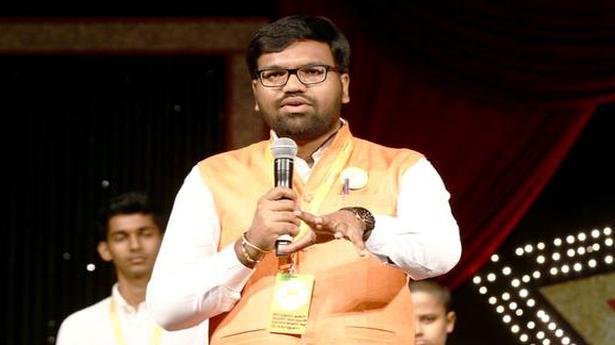