Fishers’ unions have slammed reports that the Kerala State Inland Navigation Corporation (KSINC) is building 400 trawlers for a US-based company, even as the Fisheries Department categorically denied any knowledge of an MoU between the two entities for the trawler project.

Both Matsya Thozhilali Aikya Vedhi and Swathanthra Matsya Thozhilali Federation, representing traditional fishers, said the widely reported development was an indication of the invasion of the fishing sector by big capital. “It is totally against the policies of the State government and will seriously impact the current equilibrium in the sector,” said Charles George of Aikya Vedhi.

Meanwhile, Minister for Fisheries J. Mercykutty Amma denied any knowledge of the development. She said no licence was being issued to trawlers. According to her, the Fisheries Department is in negotiation with Cochin Shipyard Limited (CSL) for building 10 tuna long liners and gillnet boats for the cooperative sector. The Minister felt that more vessels in the fishing scene could trigger conflict for resources.

V.D. Majeendran of the Matsya Thozhilali Federation said no stakeholder was aware of any development related to building or deploying more trawlers off the Kerala coast. “There is no space for more vessels, as marine resources are already much stretched,” he said.

A senior KSINC official said the MoU to build 400 trawlers for the US-based EMCC International at ₹2,950 crore was a work order. “For KSINC it is a huge work order. They will utilise it [trawlers] in Gujarat or Odisha if they have any issues in Kerala.”

KSINC, created in 1975, is the pioneer in the public sector in inland navigation in Kerala waters. While it operates barges, the company has also two yards where it builds small vessels and carries out maintenance work. The PSU also operates two cruise vessels — Sagararani and Nefertiti.

The official also said the order for the vessels was from a private investor, who had signed an agreement with the State government during the investment promotion conclave ASCEND 2020. KSINC is to construct the vessel and provide infrastructure. He said people were confusing other issues with KSINC’s work.

Mr. Majeendran was of the view that big capital is pressing to exploit the resources off the coast just as it has done on the coast. Reports of MoU for building trawlers is an indication of the shape of things to come when traditional fishers will be alienated.

Mr. George, citing official estimates, argued that deep sea fishing off the coast of Kerala could support 37 tuna long liners and gillnet boats and 11 squid jiggers. More large vessels in the scene could end up in over-exploitation as “we are already harvesting resources at the optimum, sustainable level,” he said.

He also warned against any attempt by big capital to enter the scene, where traditional fishers are now struggling to eke out a living. 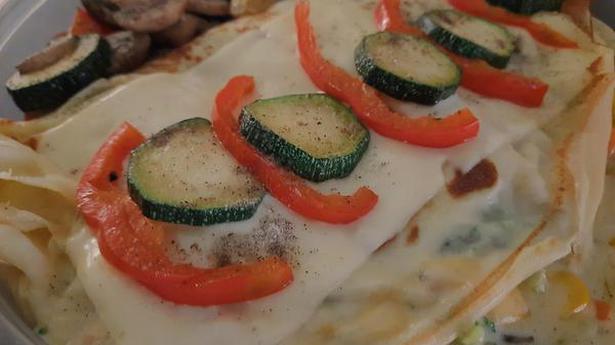