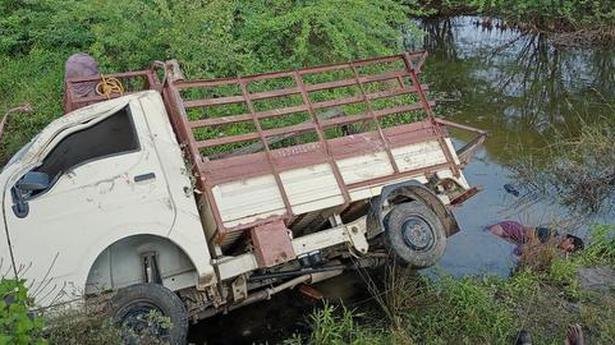 
Five farm workers were killed on the spot and 30 others were injured as the mini goods carrier in which they were travelling to work fell into a channel near Maniyaachi in Thoothukudi district on Tuesday.

The deceased were identified as G. Malai Azhagu, 48; M. Petchiammal, 54; V. Gomathi, 65; S. Eswari, 27; and S. Petchiammal, 33, all hailing from Manappadaiveedu near Seevalaperi in Tirunelveli district.

Of the injured, S. Petchiammal, 65; S. Chellathaai, 60; S. Mariammal, 50; M. Lingammal, 30; M. Petchiammal, 30; and M. Viji, 36 — all hailing from from Manappadaiveedu — were rushed to the Thoothukudi Medical College Hospital after first aid at the Ottapidaaram Government Hospital. The condition of Ms. Viji is said to be critical.

The other injured were taken to the Tirunelveli Medical College Hospital. The bodies were also sent there for post-mortem.

The police said the cargo vehicle took in 35 farm workers at Manappadaiveedu, about 15 km from Palayamkottai, and was proceeding to Maniyaachi and Puthiyamputhur, a dry region where the unprecedented rain in mid-January has helped revive farming. When they were about to reach Maniyaachi around 8.30 a.m., the vehicle overturned and plunged into a channel. Many of the occupants were trapped beneath the vehicle.

Villagers near Maniyaachi rushed the spot to rescue the workers with the help of an earthmover.

The police suspect that overloading and rash driving by N. Chiththirai, 44, of Thirumalaikozhunthupuram, caused the accident. He has been detained at the Maniyaachi station.

Ferrying passengers in cargo vehicles is an offence, but the practice is common in the areas around Kovilpatti, Ottapidaaram, Kayathar and Vilaathikulam.

As the police take no action, the drivers of these vehicles violate road safety rules, leading to fatal accidents.

Thoothukudi Collector K. Senthil Raj, who visited the spot, instructed the Department of Highways to create speed-breakers wherever it was required. Tirunelveli Collector V. Vishnu and Ottapidaaram MLA Shanmugaiah visited the victims at the Tirunelveli Medical College Hospital. 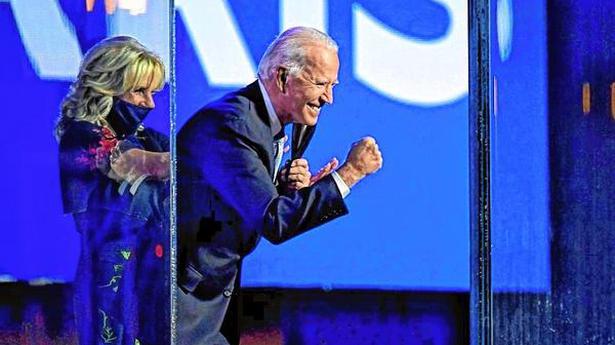