The high-flying birds usually breed in Mongolia, Tibet and Central China and fly thousands of miles

A large flock of bar-headed geese, known for their ability to fly in extreme altitude and weather conditions, has arrived at the Point Calimere Bird and Wildlife Sanctuary near Vedaranyam.

They were found on the mud flat and wetland areas of the sanctuary.

S. Ramasubramanian, Conservator of Forest, Thanjavur, told The Hindu that the flock might have flown thousands of miles from Mongolia, Tibet and Central China. They usually breed there and migrate to India during the winter.

The high-altitude flyers might stay until January or February and fly back to their native places by crossing the Himalayan ranges.

He said it was fascinating to watch the birds in droves. The high-flying birds are capable of flying through the passes of the highest mountains at a height of above 12,000 feet.

They are grey and white with two horseshoe-shaped brownish black bars on the back of their white head. They eat plants and grass.

According to a study, Mr. Ramasubramanian said, the geese can migrate more than 1,500 km in a single day.

They have a unique system to absorb oxygen quickly. They can extract more oxygen than many other birds.

The large-scale presence of the birds in the Bird and Wildlife Sanctuary at Point Calimere was a good indication of a conducive ecosystem at the sanctuary, the Conservator of Forest said. 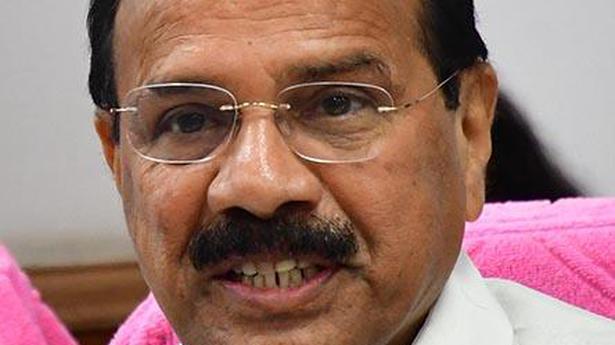 There will be competition to give better terms and prices to farmers: Sadananda Gowda