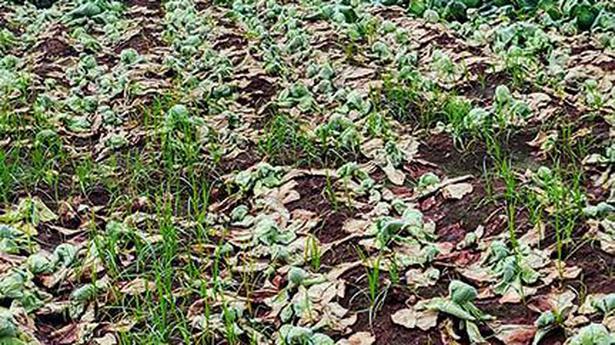 
Estimating the losses due to rain and floods in September and October to be about ₹15,410 crore, the State government on Sunday urged the Centre to provide assistance so that relief could be taken up in the affected regions of the State.

During his interaction with the inter-ministerial Central team, led by Ramesh Kumar Ganta, here on Sunday, Chief Minister B.S. Yediyurappa pointed out that probably for the first time the State faced floods in both Krishna and Bhima basins in a single year. “After the August floods, the State experienced two more spells of very heavy to extremely heavy rainfall during the second fortnight of September and second and third week of October,” he told the delegation.

Reporting the damage, the Chief Minister said that floods and landslides damaged crops on more than 16 lakh hectares. Also, around 34,794 houses had been damaged. “The estimated loss is about ₹15,410 crore,” he said.

Further, Mr. Yediyurappa said that the State government had committed ₹1,320.48 crore towards flood relief, repair and reconstruction. He said the government had already disbursed ₹551.14 crore to 7.12 lakh farmers as input subsidy and estimated that the State would be incurring ₹465 crore towards housing assistance, and urged the team to recommend release of Central assistance at the earliest.

It may be noted that Revenue Minister R. Ashok told the Legislative Assembly recently that 4,084 bridges, 7,606 government buildings and 650 tanks too had suffered damage. As many as 52,240 affected people had been put in relief centres, he had stated. 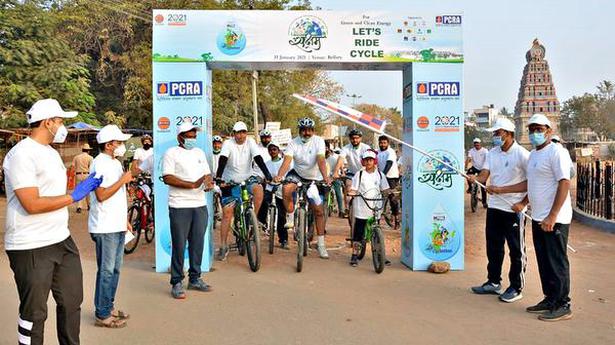