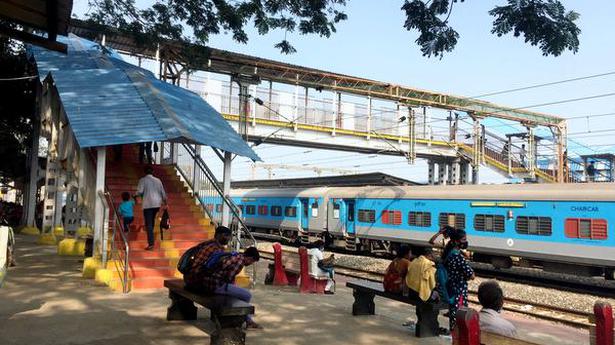 
The new Foot Over Bridge (FOB) connecting platforms one and two at Ambattur railway station is sure to make commuters break into a sweat. That is because the FOB is steep and climbing it is exhausting, especially for senior citizens. There are no ramps, so commuters have no choice but to take a flight of stairs.

The facility was built during the lockdown and it is only since the last few months that people have started using it.

“It is unfortunate that a new facility has put commuters, especially the disabled, to great hardship. They have to crawl to reach the platforms at the station,” says T. Gunaseelan, a long-time commuter from Ambattur.

Of the three platforms at the railway station, one and two cater mainly to users of suburban trains between Arakkonam, Chennai Central and Chennai Beach stations; and platform 3 is for Express trains.

The patronage for local trains have increased since December last year.

Every day, on an average, around 260 trips are made by suburban trains on the western rail route between Chennai Central and Arakkonam, which is the last suburban station on the western section of Chennai.

There is another grievance that commuters want addressed.

The main ticket counters are located along platform one, so there is more rush on that section. Commuters want the Railway to set up another ticket counter or at least relocate the existing ticket vending machine, now located on platform one, to platform two where all local trains from Arakkonam and Tiruvallur proceed towards Chennai Central.

“Steps will be taken to provide ramps for the disabled at the new FOB soon,” says a railway official. 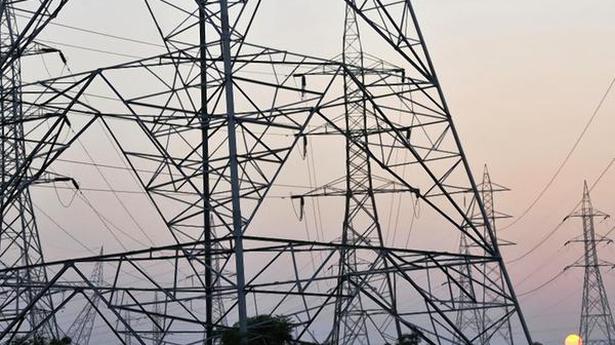 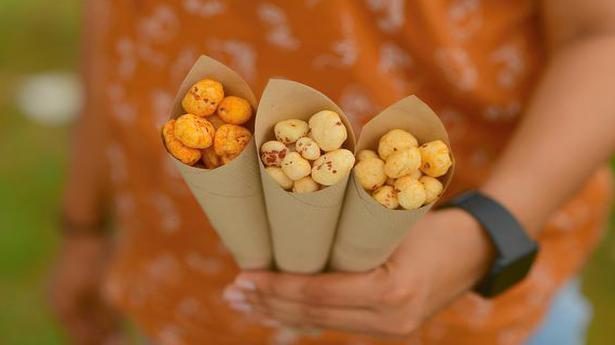 Lessons from a lotus seed: Bringing makhana to South India