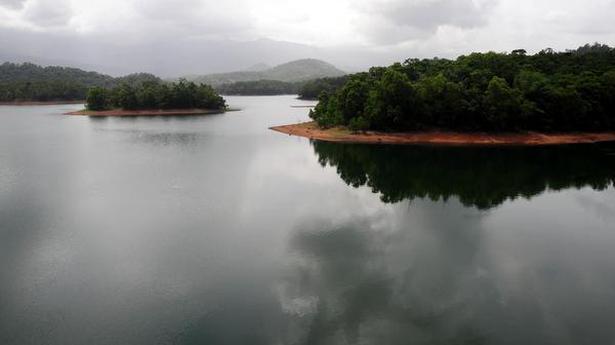 
With the 75-mld water treatment plant at Aruvikkara expected to be commissioned soon, the spotlight is back on the long-standing demand of the Kerala Water Authority (KWA) that the storage level in the Peppara dam be increased.

Increasing the permitted storage level to at least 109.5 metres from the present 107.5 metres is vital for the State capital to enjoy the full benefit of the 75-mld (million litres a day) plant and to meet the ever-increasing water requirements, say KWA officials.

The Peppara dam has a full reservoir level (FRL) of 110.5 metres. Although the KWA proposal is scarcely a new one, it had found little backing previously since it entails submergence of forestland. The State-run water utility, which has renewed its efforts to obtain clearance, is in the process of filing the application before the Ministry of Environment and Forests (MoEF).

Being constructed under the AMRUT scheme at Aruvikkara, the plant is expected to be ready by December this year. This will take the KWA’s capability to pump water to the capital city to approximately 375 mld. But an adequate reserve storage for the dry/drought months can be guaranteed only if the storage at Peppara is increased to at least 109.5 metres, according to KWA officials.

“’This requirement may not become immediately visible after the 75 mld plant is commissioned because we plan to temporarily shut down the existing 86-mld plant and the 72-mld plant at Aruvikkara for rehabilitation works once the new plant is operational. But the requirement will become quite evident within a year or so when all the plants are up and running,” a senior KWA official said.

Moreover, increasing the storage level at Peppara also guarantees the capital city a buffer supply during droughts. In 2017 the water level in Peppara had dipped to such an alarming level that the KWA was forced to rig temporary pumping facilities in the Neyyar reservoir to feed the city regions.

The Peppara dam was built for meeting the water requirements of the capital city and its suburbs. The first phase was completed in the 1980s with a storage level of 104.5 metres. Although the Phase II development of the dam took the FRL to 110.5 metres, the actual storage was subsequently enhanced only to a maximum of 107.5 metres.