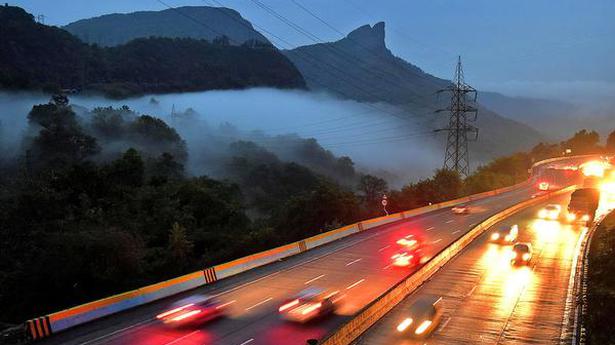 
The Bombay High Court on Wednesday asked the Maharashtra State Road Development Corporation (MSRDC) for how long motorists would pay the toll on the Mumbai-Pune Expressway.

A Division Bench of Chief Justice Dipankar Datta and G.S. Kulkarni was hearing a public interest litigation (PIL) petition filed by advocate Pravin Wategaonkar and three others challenging the toll collection on the expressway. Mr. Wategaonkar said that the collection of toll had been illegal since August 10, 2019, and sought an exemption from payment for light motor vehicles till the matter was heard.

The HC asked the advocate representing the MSRDC for how many more years would it continue to collect the toll? “Is the government receiving its share of toll revenue?,” the Bench asked.

The MSRDC advocate requested the court to give time to file a detailed reply. The HC adjourned the hearing for two weeks.

The PIL said, “The Motor Vehicles Tax allows the government to collect toll only to recover the capital cost plus toll collection expenses. However, the actual cumulative toll revenue data of the Mumbai-Pune Expressway for the last 15 years until July 31, 2019, is ₹6,773 crore, which is well in excess of ₹4,330 crore spent by the State government body. This reinforces the Comptroller and Auditor General assessment of irregularities in tendering.”

The second aspect, the petition said, was mis-declaration/fraud on part of the erstwhile contractor in reporting ‘toll paid, receipt not scanned’ vehicles with ‘violations’ with zero toll amount reported against thousands of vehicles passing daily. “This is when taken into account would mean much higher cumulative toll revenue than ₹6,773 crore reported till July 31, 2019. The third aspect is 40% of the project cost was to be subsidised by commercial exploitation of land adjoining the expressway, which was given by the State government to the MSRDC,” the PIL said.

Is there a ‘declared emergency’ in country, asks Uddhav