As part of fire prevention measures ahead of the ensuing summer season, the Forest Department has stepped up monitoring in forest fringe areas by utilising satellite imagery and sensitising the stakeholders on preventing forest blazes.

To effectively implement the fire prevention strategy, the department has formed special teams division-wise to implement public awareness programmes as well as to prevent and control fires besides attending to any exigency. The department has equipped the field staff with fire blowers, fire beaters, specially made goggles and shoes to carry out their assigned tasks effectively.

Sources said that two minor fire incidents occurred in the periphery of the Velugumatla urban park near here in the recent past. One incident took place due to an accidental blast of the electricity transformer on the fringes of the Velugumatla park located in the huge reserve forest block spread across around 220.95 hectares. However, sources in the forest department refuse to acknowledge the two incidents as forest fires.

Comprehensive fire prevention measures including a giant watch tower are in place in the Velugumatla reserve forest block, said a forest official of Khammam division. The entire stretch of the urban park, well-protected by a compound wall, is under the constant vigil of the forest watchers, she said, noting that the reserve forest block is surrounded by agricultural fields under the Puttakota, Rudramkota and Kodumuru villages.

Awareness programmes have been planned in the forest fringe areas to check crop residue burning practices in the periphery of the reserve forest areas across Khammam division, she added. 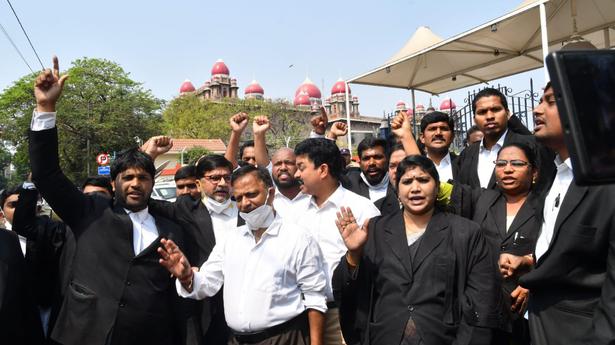