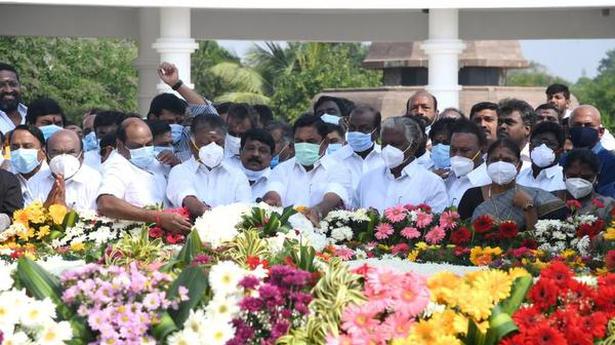 
The 52nd death anniversary of former Chief Minister C.N. Annadurai was observed with Chief Minister Edappadi K .Palaniswami and Deputy Chief Minister O. Panneerselvam offering their tributes to him at his mausoleum on the Marina.

At the Parliament complex in New Delhi, AIADMK Members of Parliament including M. Thambi Durai and A. Navaneethakrishnan paid tribute near the statue of Annadurai. Ensure right of passage to jumbos in forest division: HC

Payment of ₹4.20 crores made to 18,125 ineligible beneficiaries under PM-KISAN recovered