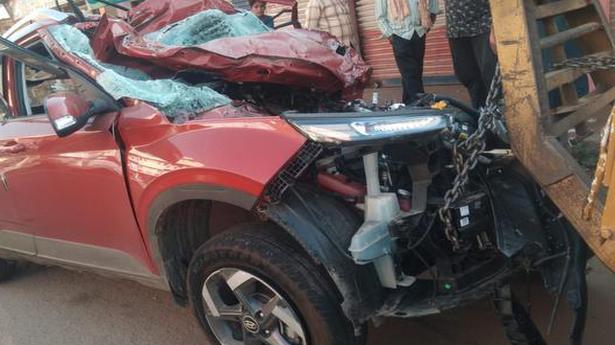 
Four people died on the spot after the car they were travelling in hit a truck near Channarayapatna on NH 75 on Saturday morning.

The driver lost control over the car and hit the truck parked by the roadside. The police have identified the deceased as Abhishek, Vikram, Chetan and Manjunatha, residents of Bengaluru. They were on the way to Hassan for a weekend trip.

The bodies have been taken to a hospital at Channarayapatna.