Freezing weather conditions on Wednesday compounded the winter woes in the Kashmir Valley, where scores of areas remain cut off due to snow accumulation.

Meanwhile, a plane had a narrow escape on the Srinagar airport highway after it hit a snow mound.

An official said the Indigo flight 6E-2559 was stopped and passengers evacuated after it hit a snow mound at the bay “during taxi out position for embarkation,” just before the take-off. The Delhi-bound flight was carrying 233 passengers.

“The engine had come in close proximity of the accumulated snow, and the ground staff immediately stopped the aircraft,” Santosh Dhoke, Director, Srinagar Airport, said.

The passengers were accommodated in another plane.

A cold wave triggered freezing sub-zero conditions in the Valley, resulting in slowing down of snow clearance exercise. Many villages in south, central and north Kashmir remain cut off from district headquarters.

“It is 10th day of snowfall and roads remain closed on the outskirts of Kulgam. Patients are finding it difficult to reach hospitals. Even the families that report death are struggling to perform last rites,” said Ghani Dar, a Kulgam local.

Most taps, water bodies, including the Dal Lake, froze as Srinagar recorded a minimum temperature of minus 7.8°C, lowest since 2012.

The freezing temperature also slowed down the traffic movement as most stretches turned slippery.

The night temperature at the tourist hotspot Pahalgam recorded 11.7° Celsius and at Gulmarg it was minus 10.0° Celsius.

“Field-level officers should ensure swift completion of snow-clearance and dewatering of all lanes and bylanes. Ensure round-the-clock operations for the earliest possible restoration in areas where public services are still disrupted. It is essential to ensure uninterrupted supply of essentials and healthcare facilities across the Valley,” Mr. Sinha said.

Hundreds of travellers remain stranded as the Srinagar-Jammu highway was closed after a bridge caved at Ramban’s Kela Mod area on Sunday.

“It will take 10 days to make it safe for driving. A Bailey bridge is being constructed to allow trucks carrying essentials to reach the Valley,” an official said.

Meanwhile, an official said a critically injured teenage girl was airlifted from cut-off Tulail near the Line of Control in Bandipora and shifted to a hospital.

“Tuyba Manzoor, 4, required immediate medical attention. A special sortie was arranged to shift her to a hospital in Bandipora,” an official said. 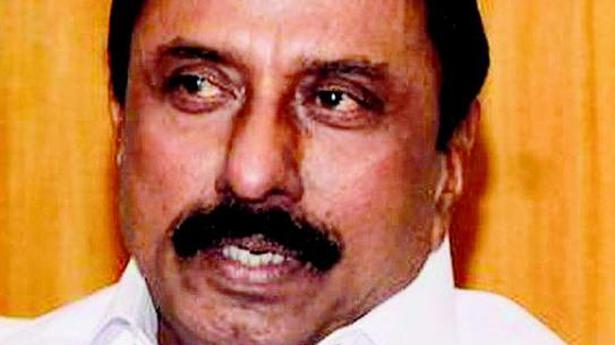