Fresh COVID cases dipped to a new low of 67, while no death was reported from the two districts in south coastal Andhra in the last 24 hours.

With no change, Nellore district’s toll remained at 490 and Prakasam district’s at 576, according to a health bulletin released by the State government on Sunday night.

The number of recoveries were double the number of new cases, which went up to 1,33,401 in Nellore and Prakasam. With 136 persons winning the battle against the dreaded disease, the caseload declined to 2,132 in the region.

The incidence of the viral disease has gradually come down in the fortnight of November.

With just 30 new cases, the cumulative confirmed cases rose a bit to 62,450 in Nellore district, where as many as 65 patients were reported to have recovered, bringing down the number of active cases to 1,406.

In Prakasam district, the total number of positive cases increased slightly to 60,951 with just 37 persons getting infected in the last 24 hours. The caseload dipped further to 575 with 71 getting cured of the disease during the period. 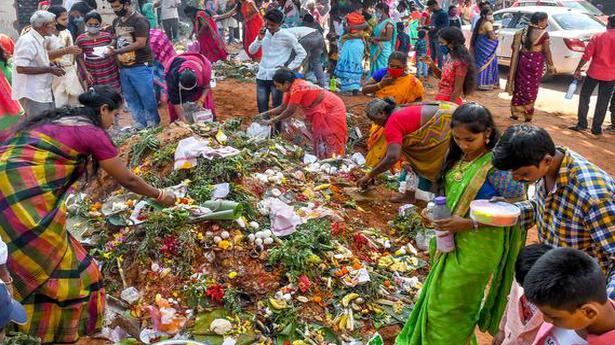 Devotees make a beeline for anthills on Nagula Chavithi