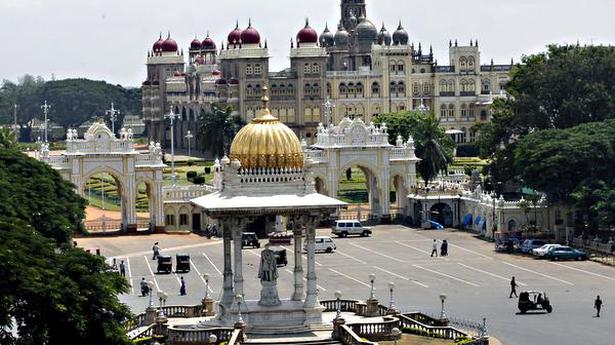 
Every year, ahead of the State Budget, the demand for a Mysuru Dasara Authority, a permanent body for organising the Dasara festivities in Mysuru, comes to the fore. And every time it gets no budget approval, forcing tourism stakeholders to press for the same demand next year.

This time too, the stakeholders, especially the Mysuru Hotel Owners’ Association, have urged Chief Minister B.S. Yediyurappa, who was in Mysuru on Saturday, to announce the authority. In addition, they have sought a Mysuru Tourism Development Authority with Mysuru being the State’s most preferred tourist hub and lakhs of people reliant on the sector for their livelihood. The idea of the Dasara authority never took off although it is always talked about whenever festivities approach.

The authority was sought to overcome confusion and prepare for the festivities at the eleventh hour.

In response to the demand, Minister in charge of Mysuru S.T. Somashekar said the proposal is before the government and efforts would be made to give it a fresh impetus.

Hotel Owners’ Association president Narayana Gowda has also raised the issue of the film city which was out of Mysuru although land was allotted for the the project here.

The CM was urged to retain the project in Mysuru. In the 2020-21 budget, Mr. Yediyurappa announced the film city project at a cost of ₹500 crore with private participation in Bengaluru. However, he did not allocate funds to the project as it was seemingly going to be a ‘private-funded’ facility. With no clarity yet on the project, stakeholders said Mysuru seems to have lost the race for the film city.

Himmavu, near Mysuru, under Varuna constituency represented by former Chief Minister Siddaramaiah for two terms and now by his son Yathindra, was identified for the project. But efforts to move it closer to Bengaluru, the hub of Sandalwood, continued after Mr. Siddaramaiah’s tenure. One of the reasons cited for moving the project to Ramanagaram, when H.D. Kumaraswamy was CM, was that the industry and people dependent on it were based in Bengaluru and it was convenient for them.

After the BJP government came to power, Deputy Chief Minister C.N. Ashwath Narayan had spoken about setting up the film city in Bengaluru, causing doubts about the project in Mysuru.

Stakeholders here had launched an online campaign to keep Mysuru as the site for the project. But their efforts failed.