Chief Minister K. Chandrasekhar Rao has said that he had contemplated to allocate not less than ₹ 20,000 crore in the annual budget from next year for the implementation of Dalit Bandhu programme of promoting entrepreneurship among SCs.

After the programme reached saturation levels for SCs, a similar programme would be extended to poor among other communities in a serial order.

The ₹ 20,000 crore budget will amount to benefiting two lakh beneficiaries every year. If conditions are conducive, the amount will be further increased, Mr. Rao told a meeting to discuss arrangements for the implementation of Dalit Bandhu programme of promoting entrepreneurship among SCs in four more mandals.

The programme which was launched in Mr. Rao’s adopted village of Vasalamarri in Bhongir district and poll-bound Huzurabad constituency has been extended on pilot basis to Tirumalagiri mandal in Tungaturthy constituency, Chintakani in Madhira constituency, Charagonda mandal of Atchampet – Kalwakurthy constituencies and Nizamsagar of Jukkal constituency. Funds for these mandals would be released in a phased manner in two to three weeks, he said.

Mr. Rao added that Dalit Bandhu was not a routine programme. It was never attempted in the past by any Central or State governments. Telangana had set a firm goal to ensure the uplift of SCs through the programme. Budget for the purpose would be released in phases throughout the State.

Mr. Rao asked officials to adopt a parental approach for the development of SCs. It was up to the literate youth among SCs to shoulder the responsibility. About one lakh youth will be involved in various implementation committees. Resource persons will be picked up from these committees.

He criticised the disinformation campaign against the government that it was pampering SC communities by extending several welfare programmes. The government had not neglected any community. The Rytu Bandhu programme was implemented across communities irrespective of caste and religion.

Since there was good response to setting up of dairy units under the programme, Mr. Rao asked Chief Secretary Somesh Kumar to convene a joint meeting of SC welfare department, animal husbandry department and government run cooperative dairies to discuss the modalities. 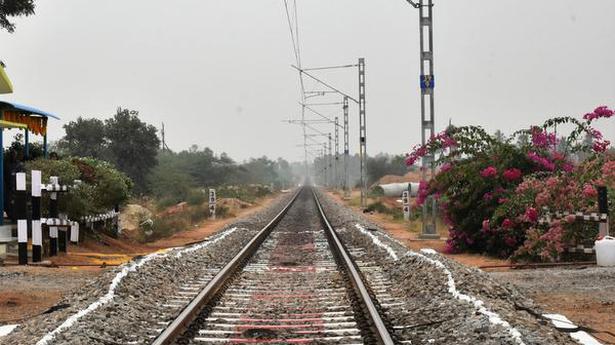 Need for 14-day lockdown to break the chain: Bhatti

NSP, Musi ayacut to get water from today