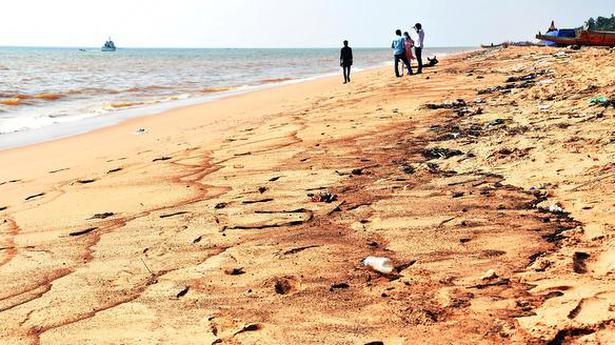 
An emergency clean-up was launched along the coast on Wednesday to mitigate the fallout of a furnace oil leak into the sea from the Kerala government undertaking Travancore Titanium Products Ltd. (TTP) at Kochuveli near the State capital.

TTP officials put the spillage, caused by a rupture in a pipeline carrying the furnace oil, at roughly 5,000 litres. After the alarm was raised in the morning, the district administration declared the coastal stretches along Shanghumughom, Vettucaud, and Veli off-limits to the public and tourists for two days.

Local residents, largely comprising the fishing community, have expressed outrage over the oil leak, blaming the TTP for negligence. They alleged that the oil leak would have a prolonged impact on marine resources, and consequently, their livelihood.

The leakage occurred around 7 a.m., but it had gone unnoticed at the time. The oil spilled out into a drain that opens out into the nearby beach, contaminating the beach and coastal waters. The leak was promptly plugged once the alarm was raised around 8 a.m., TTP officials said.

Dr. Khosa, who visited TTP and the affected coastal stretch, said the situation was under control. She has ordered an investigation by the Kerala State Pollution Control Board (PCB). The PCB study will also cover the possible fallout of the oil leak. On its part, the TTP too has ordered an internal investigation. A preliminary survey has revealed that the oil spill is largely confined to near-shore waters and the beach. As a troubleshooting measure, the topsoil along the affected stretch of coast would be removed, the collector said.

The Indian Coast Guard is closely monitoring the situation using a ship and a Dornier aircraft. “The ICG Dornier aircraft arrived immediately from Kochi for aerial survey and ensured that no oil spill was found inside the sea. The ICG is closely monitoring the situation and equipped with all logistics in case the oil spill spreads to the sea owing to tidal movements,” the ICG said in a statement.

The leak was reportedly discovered by fishers in the densely populated neighbourhood on Wednesday morning. The fishing community has demanded urgent measures to clean up the beach and the coastal waters. They fear that the oil leak will have a prolonged impact on fishing activities unless prompt measures are initiated. 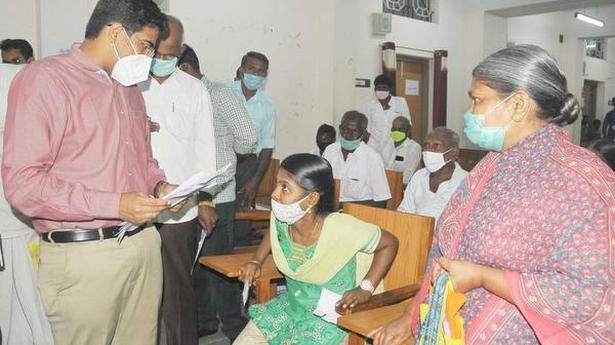