It has taken a plague on the epic scale of the bubonic plague to get rid of the American Ceasar. It’s so ironical because it was a plague that he spurned and disdained and denied that finally consumed him.

Donald Trump was a demagogue in the mould of Marine Le Pen of France and Geert Wilders of The Netherlands promising violence against minorities of colour using his Gestapo police (I don’t use the term lightly). In the end, it was a minority, George Floyd, who was guillotined, in broad daylight, by the police officer, Derek Chauvin, who rose from the grave and quite possibly spurred America’s conscience to slay Trump.

Was Trump done in by the plague or by America’s conscience? Police brutality against American minorities has been going on for so long that it has become de rigueur. America doesn’t seem to have a conscience when it comes to minorities of colour.

Yes, it was the mishandling of the virus that did Trump in. It wasn’t a Republican virus or a Democratic virus but Trump made it to be the latter, forgetting that both Republicans and Democrats were affected equally by it. Masks were meant for the weak at heart went out the call. Social distancing was uncool. Inject bleach inside your body. Shine a light within your body. Such crazy ideas! How could such a man such as Trump have become the most powerful man on earth?

Trump refuses to bow out with grace. His close advisors know that the game is over, but Trump has his followers and Trump TV to egg him on. For four long years, his followers, mostly whites, have lorded over the land, even more so and even more explicitly so than they have done in modern history. An innocent black person is killed by Trump’s Gestapo police at the rate of one every week.

If you are a person of colour driving along the road, and a Gestapo car approaches you, you better do your darndest to veer out of the way. Take a side line. If they accost you, you never know what could happen to you. Trump didn’t even grieve for as egregious a death as Floyd’s. He urged his Gestapo police to keep going on the rampage. And they did. People like Floyd and Breonna Taylor (an innocent woman killed in 2020 in her own house by white cops) have just become markers on graves in simply a few months after their deaths.

Yeah, sure, you white princes and princesses think that you are God’s gift to humankind, and sure, you don’t like the way we, the coloureds, look, but why are you instigating your Gestapo police to carry out a genocide against us?

Trump may be gone for now, but Trumpism has not. Two-thirds of whites, over a 100 million people, support his racist rants and antics. People like Nikki Haley are circling around like vultures to capture the racist coalition that Trump has assembled for their own run for the presidency in 2024.

But Trump will not cede his mantle to any vulture. He’s only 74 now. He will be 78 in 2024. He looks to be in rude health. And if he has to give away his laurel, it will be to one of his sons, or his favorite child, his daughter Ivanka.

Trump will spend the next four years race-baiting and ranting. At least with the presidency he had something to do. Even then, he spent most of his time tweeting and watching television. Now he’s unemployed. He will be even more unhinged than before. No more foreign pleasure trips as the one he made to India to pass the time. His base is going to get information overload from him the likes of which it perhaps couldn’t even have imagined.

In modern US history, there rarely has been a hater as president as Trump has been. George W. Bush visited a mosque just after 9/11 ro allay the fears of American Muslims, but then launched his crusades (in his own words) against Afghanistan and Iraq. JFK and Bill Clinton and Barack Obama were more restrained. History will remember them well. The American presidency has enormous power. For an American president, it is easy to delude himself (or herself) to be a Caesar or a Napoleon.

Even Caesar and Napoleon had redeeming features. Donald Trump had none. This long night of the long knives in American history must come to an end. It must be made to come to an end. Only American whites, many of whom regard themselves as masters of the universe, can be made to do it. There is only one universe. Oh, I forgot, there are parallel universes.

But how do we, the downtrodden, the coloured, the meek of the earth get there?

Half cylinder: RBI did its bit. Government must step up 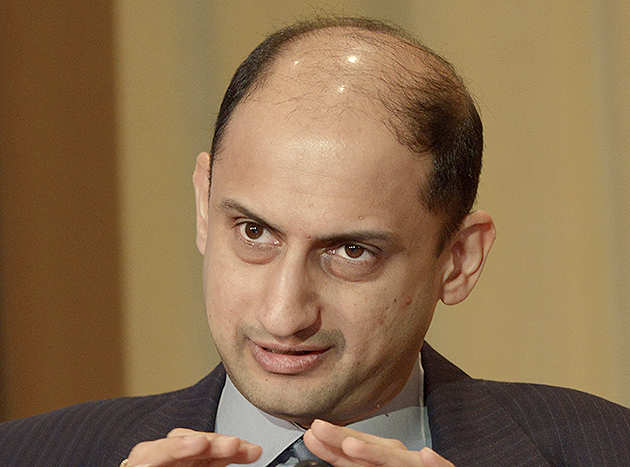