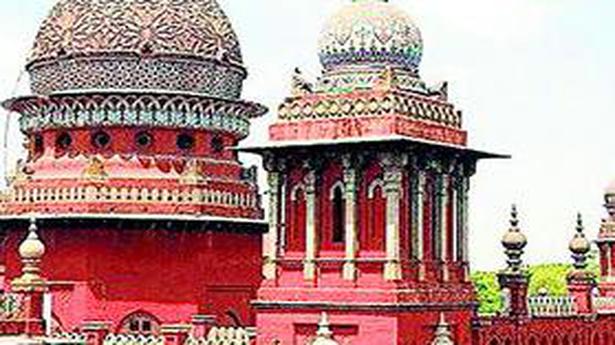 
A Haryana-based online games portal has filed a writ petition in the Madras High Court, challenging the constitutional validity of an ordinance promulgated by the State government on November 21, imposing a ban on any game, including rummy and poker, played with stakes on the cyberspace.

The petition filed by Junglee Games India Private Limited, and its chief operating officer Rahul Nandkumar Bhardwaj, has been listed for admission before a third Division Bench of Justices R. Subbiah and C. Saravanan on Monday. The petitioners have urged the court to stay the operation of the ordinance till the disposal of their case.

In its affidavit, the petitioner company stated that it was engaged in the business of developing and offering online games of skill and other free games, through its website and app. It employs 300 people from its office in Gurugram.

The company has been offering competitive games of rummy in three popular formats — tournaments, points rummy and pool rummy. The players are free to compete in free practice games, promotional tournaments or in real money games and tournaments.

The company only charges a service fee of 9%-15%, depending on the stake at the table. “It is pertinent to note that there is no betting, whatsoever, on the outcome of the online rummy games or other skilled games played between the customers,” the affidavit read.

Questioning the legal validity of the ordinance promulgated by the Tamil Nadu government banning online rummy, the petitioner company stated that the Supreme Court, as well as various High Courts across the country, had, in a series of judgments, consistently held that rummy was a game of skill and not a game of chance.

Further, claiming that online rummy was no different from playing the game physically, the company wondered how the government could selectively ban only the game’s online version. Listing out the security measures adopted by the company, The company also said that players’ information was stored in a secure environment and not shared with any third party. Players who log in from the same Internet Protocol address are not allocated seats on the same table, and an anti-fraud algorithm is applied to check if they try to defraud anyone.

“The apprehension that the online game is fraught with cheating and is allegedly played with machines on the other end is totally unfounded… Therefore, the petitioner submits that the criminalisation of legitimate activities, merely on the ground that the same is being conducted online, is highly discriminatory and deserves to be set aside,” the company said.