They would fly back after committing a spate of robberies and other crimes, say police

The North East division police have arrested six members of a gang of robbers from Delhi that operated in Bengaluru at regular intervals. According to the police, many of them would fly down to Bengaluru from Delhi, rent a villa and recce the city in an SUV. “They would map out escape routes before putting any plan into action, and fly back to Delhi soon after committing a spate of robberies and other crimes,” said a senior police official.

The accused were allegedly involved in six chain-snatching incidents and the theft of a bike in a span of two days. A police team tracked them down and nabbed them on February 18, within 48 hours of a crime, before they could board a flight back to Delhi.

They have been identified as Suresh Kumar, 32, Haseen Khan, 24, Irshad Akheel, 24, Saleem Mohsin, 22, and Afroz Raheed, 25, from Delhi. Another accused, Harris P.K., 37, from Wayanad in Kerala, provided logistics to the accused . The police recovered six gold chains, a stolen motorcycle and an SUV – totally worth ₹11 lakh – from them.

C.K. Baba, DCP (North East), who headed the operation, said, “Each one of the accused is involved in at least 25 cases of chain-snatching, house break-in and armed robbery. Some of the cases were registered in other cities.”

The kingpin of the gang, Suresh, would come to the city and stay in a villa arranged by Harris. The other gang members would follow a week later.

“Investigations revealed that Harris, who runs a condiments business in the city, also provided alibis for the accused. At the time of their arrest, he tried to misguide the police claiming that they were in the business of making banana chips,” Mr. Baba added.

The police, after examining CCTV footage, tracked the accused to a hotel in Sadahalli Gate where they had gone to have dinner before boarding the flight. Sensing trouble, they tried to escape, but could not escape from the police. 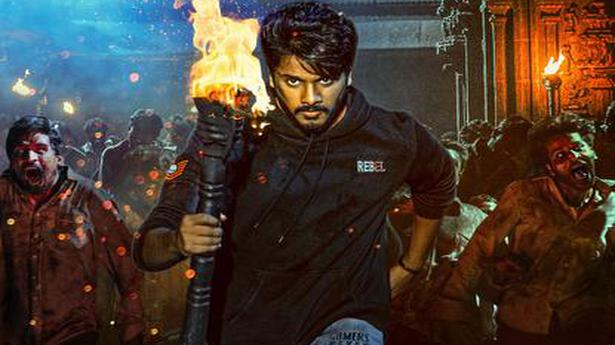