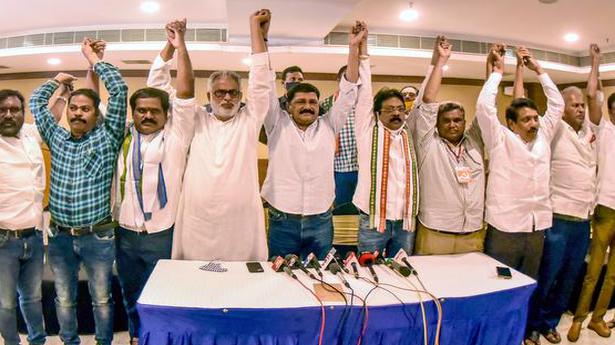 
Former Minister and TDP leader Ganta Srinivasa Rao, who resigned as MLA in protest against the decision of the Centre to privatise Visakhapatnam Steel Plant(VSP), has said that the plant was established following several sacrifices by the people and it is wrong to privatise on the plea of losses.

At an all-party meeting on the issue, organised by the Congress here on Monday, Mr. Srinivasa Rao said that no other steel plant in the country was established after such prolonged struggles. Appreciating Chief Minister Y.S. Jagan Mohan Reddy for writing to the Prime Minister, opposing the decision, Mr. Srinivasa Rao sought that a resolution should be adopted in the Assembly, without any delay, against privatisation of the VSP and sent to the Centre.

The Cabinet should also make a resolution on the issue, he said. The Chief Minister should also meet the Prime Minister Narendra Modi and strive for continuation of the plant in the public sector, Mr. Srinivasa Rao said. He said that all parties should set aside their political differences and work for safeguarding the interests of VSP.

AITUC leader Adinarayana recalled that former Prime Minister Indira Gandhi had laid the foundation for VSP, bowing to the sacrifices of the Telugu people. He attributed the losses of the plant to the inefficiency of the management and the Central government.

CPI State assistant secretary J.V. Satyanarayana Murthy said there was no public sector organisation was fully privatised so far. There were over one lakh direct and indirect employees in the VSP and they were ready to launch an agitation and this would surpass the agitation for the establishment of the plant, he said. He said the Left parties were prepared for any sacrifice to protect the plant.

TDP will pay YSRCP leaders back with interest: Lokesh An unsung freedom fighter of Srikalahasti! 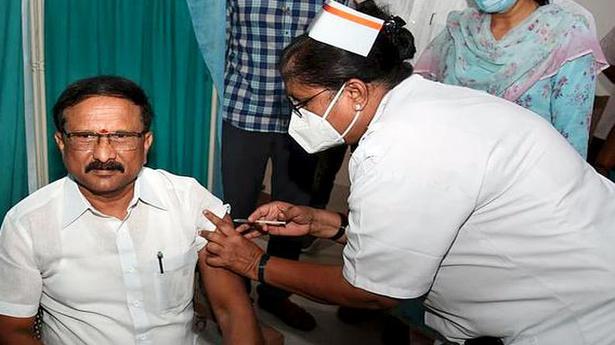