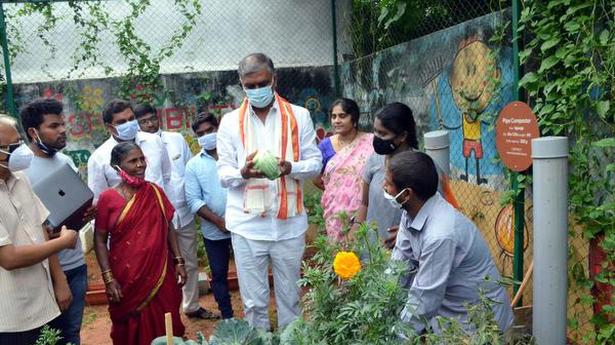 
Finance Minister T. Harish Rao said that gas will be produced from the garbage being generated in the district headquarters town and the programme would be taken up shortly.

Participating in Pattana Pragathi programme at Siddipet and Palle Pragathi at Tipparam village in Kondapaka mandal on the first day of programme on Thursday, Mr. Harish Rao has examined cabbage produced with the compost generated at Swatchha Badi and interacted with the officials.

“We are making efforts to generate revenue from the garbage. Swatchhabadi is an effort to offer a secure future for next generation,” said Mr. Harish Rao. He as congratulated dental doctor Rama Swamy for developing roof garden.

“A drastic change was witnessed in villages for the past seven years after formation of Telangana State. A road was laid at a cost of ₹ 10 crore from Tipparam to Pallepahad. Construction of Mahila Samkahya building (₹ 16 lakh), panchayat building (₹ 22 lakh), Angawadi centre (₹ 10 lakh) and Nutrition Sub Centre (₹ 20 lakh). I will personally take responsibility of the construction of school building,” said Mr. Harish Rao while participating in Palle Pragathi programme at Tipparam village in Kondapaka mandal. He has urged the public to cooperate with the officials in transforming the village with greenery.

Additional Collector Muzammil Khan and others participated in the programme.

At Muddapur village, the Minister created awareness among farmers on direct sowing of paddy by entering in the field and sowing paddy seed directly. He said that this would reduce the input cost by ₹ 10,000 per acre and farmers need to shift to this system in paddy cultivation.

At Kuknoorpally, the Minister has inaugurated Palle Prakruthi Vanam, panchayat office, dumpyard and other buildings. 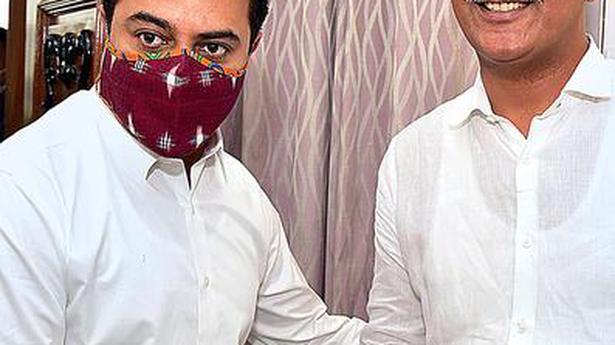 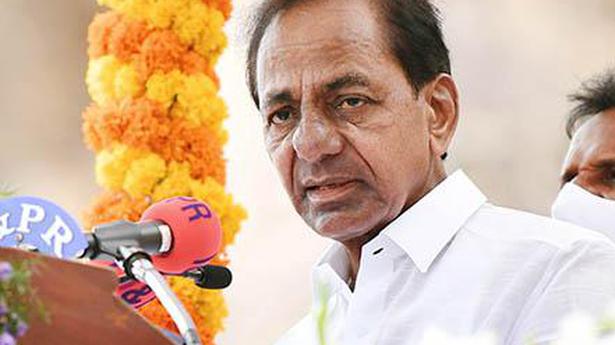